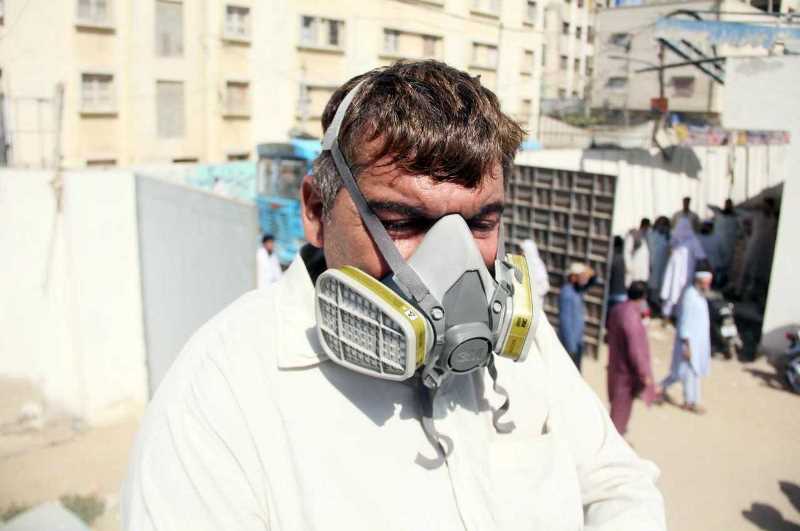 KARACHI: Authorities investigating the lethal gas leak in Karachi’s Keamari area on Monday said the probable cause of health disaster in the Railway Colony which killed nine people and affected over 500 was suspected to be from “Hydrogen Sulphide”, a highly poisonous gas that is a byproduct of crude oil and also generated in sewerage system.

Four persons died and over a dozen people were shifted to hospitals after they became unconscious because of a mysterious gas leakage in Keamari on Sunday evening, police said.

The cause of the incident is yet to be known.However, there were unconfirmed reports that some chemical had leaked from a recent shipment at the Keamari dockyard.

The people who faced breathing problems due to the gas were shifted to different hospitals, including Ziauddin Hospital and Civil Hospital. As a large number of patients started approaching the hospitals, the authorities declared emergency in all the major hospitals across the city.

The health and police authorities confirmed the death of at least one person from the suspected gas poisoning on Tuesday morning along with three others, taking the death toll to nine during the past two days.