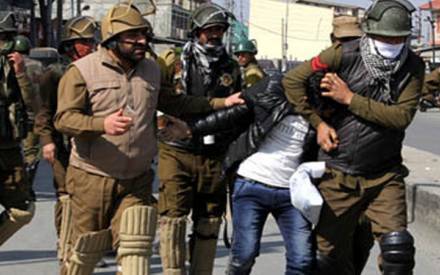 ISLAMABAD:New Delhi is going to play with the Muslim majority character of occupied Jammu and Kashmir in the name of delimitation of Assembly constituencies under Article 370,  in another anti-Kashmir move after the revocation of its special status enshrined in the Indian constitution.

The EC was ready to provide secretarial assistance to the Commission once appointed, as it is required said an official of the Commission.

The EC had held a meeting in August 2019 to discuss the delimitation process and enrolled two officials who had worked on previous delimitation exercises.

The fresh move is aimed at torpedoing the Muslim dominant character of the Kashmir Valley in the assembly through gerrymandering said analysts and political pundits, who have a close watch on the Narendra Modi government’s anti-Kashmir and anti-Muslim policies.