Prime Minister Imran Khan has come under criticism on social media for not attending PTI’s founding leader and his special assistant Naeemul Haque’s funeral. According to reports, the PM did not get security clearance for the event. 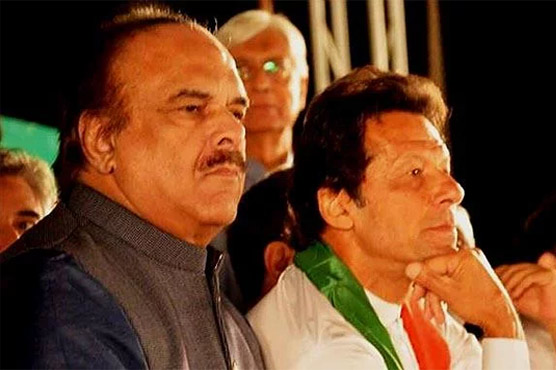 A banker and businessperson by profession and one of the co-founders of the ruling party, he was instrumental in promoting positive change in Pakistan as part of the PTI’s ideology.

PM Khan said Haque was always there for support whenever they were at their lowest ebb.His funeral prayers were attended by several members of the government, including Sindh Governor Imran Ismail, Punjab Governor Chaudhry Sarwar, Federal Interior Minister Ijaz Shah, Punjab Chief Minister Usman Buzdar, senior PTI leader Aleem Khan and others.PM Khan, however, could not attend his funeral prayers.

People on Twitter have questioned as to how he could skip the funeral of his most trusted friend.

Absolutely sad that IK didn’t attend the funeral of his beloved friend Naeem-ul-Haq. You were not a PM when he was with you. Security clearance? Really? If you can’t get secured going somewhere, who in this country will? https://t.co/4W30qmLQzi

Imran Khan did not attend the funeral ceremony of Naeem ul Haq who was his very close friend and was also founder of PTI .Imran Khan is so selfish person and has no sense to give respect to others.

Prime Minister Imran Khan had no time to attend the funeral of his best friend & also one of the founding member of PTI. #RIPNaeemUlHaq