Lahore’s only landfill site about to reach its capacity 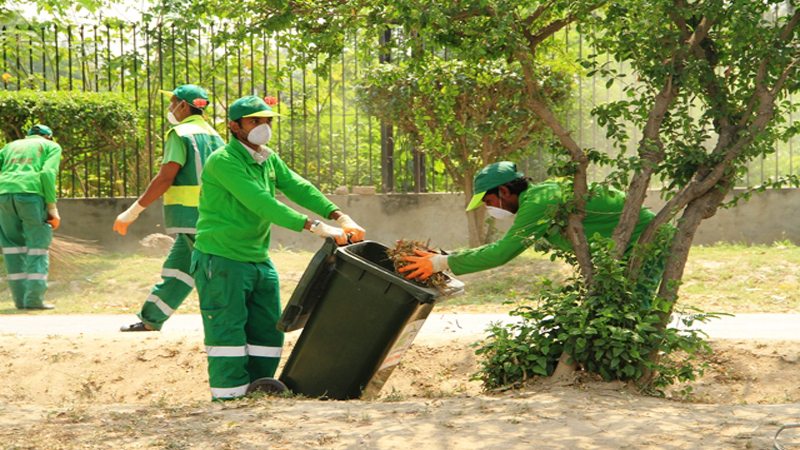 The waste management system of metropolitan-Lahore is feared to enter into a big challenge for the authorities as the only landfill site in city is rapidly reaching to its capacity prior to the time, owing to mismanagement of Lahore Waste Management Compnay (LWMC), Daily Times has observed.

After closure of city’s years old landfill site at Mehmood Booti, Punjab government established new landfill site; Sanitary Landfill Site in Lakhodair area of Lahore which started operating on April 18, 2016. A huge amount of rupees one billion was spent on the construction of the site at an area of 52 hectares.

Officials at that time claimed that the Sanitary Landfill Site Lakhodair would be the state of the art and a first ever landfill site in country to dump the city waste in scientific ways.

Sources in LWMC informed that the said landfill site was stated enough for the disposal of city’s waste for the time of next 10 years that is till 2026. “Initially scientific landfill site started its function with two cells; LOT-I and LOT-II. This was announced that at two cells 2,000 to 2,500 tons waste would be dumped scientifically and environmental friendly way while four more cells; LOT-III, LOT-IV, LOT-V and LOT-VI would be established soon in near future,” they said adding that since than company remained reluctant to add any other cell where dumping could be made scientifically.

Sources continued that company was responsible to manage the waste on daily basis in environmental friendly and scientific manners to minimize the environmental hazards of toxic effects of waste and with no repercussions over underground water or atmosphere. However, they revealed that both of the cells; LOT-1 and LOT-2 had been filled while all other waste was being dumped openly in non scientific way.

According to LWMC officials currently over 6,000 tons of waste is being collected from the city per day from which company provides 500 tons to compost plant and 1,000 to DG Khan Cement.

Sources further added that the remaining 4,500 tons of waste is being dumped openly in violation of company’s own law. They said that due to illegal dumping, not just city’s environment was being polluted badly but also the toxic leachate of waste was badly deteriorating the ground water. “According to the waste management rules, the waste must be segregated before dumping but all the waste was being dumped without segregation.” Moreover, they said that there was enough capacity to manage the city waste but due to negligence of some officials, waste could not be dumped in proper way owing to which the capacity of landfill site has reached to an end.

While talking to Daily Times, LWMC spokesman Jamil Khawar said that establishing of four new cells for scientific dumping was on agenda but former provincial minister Aleem Khan barred it. “Aleem Khan was of the view that the money should be spent for the establishment of waste to energy project,” he added. Spokesman further said that the landfill was designed to cater 150,000 tons of waste per month while till now up to eight million of waste has been dumped at this site. However, he could not confirm the time limit of this landfill site.