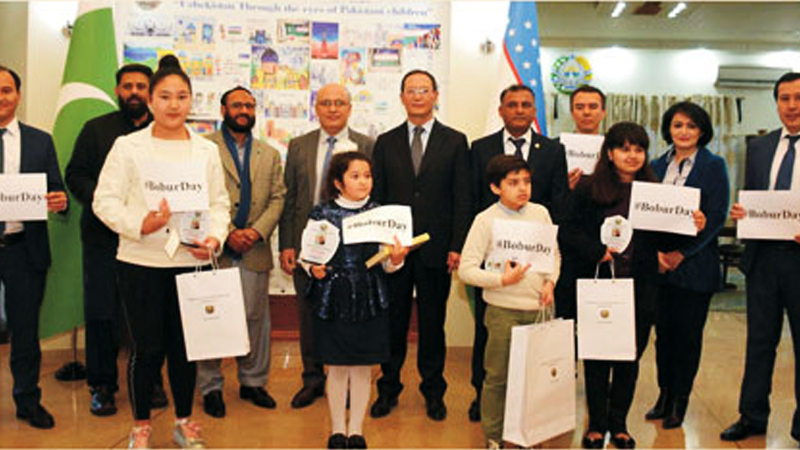 The Embassy of Uzbekistan in Islamabad organized a ceremony of painting contest titled “Uzbekistan through the Eyes of Pakistani Children” in order to pay tribute and to celebrate the birthday of the great Zahir Ud Din Muhammad Babur.

More than 100 young students (6-12 years) from different top schools of Islamabad participated in the competition.

The embassy posted the beautiful paintings on its official profile of the Embassy on Facebook. The contest started on 7th of February and ended on 13th of February.

The embassy decided to announce the winners on the basis of likes on the painting pictures of the students.

Almost 15 Thousand people showed their interest by liking the pictures of the young painters.

According to the results, Davarzani Ekaterina is the winner of the competition as she got 1800 likes on her painting picture.

All the winners of the contest were invited as guests at the Embassy of Uzbekistan. The Ambassador of Uzbekistan Furqat Sidiqov appreciated the work of young students and distributed gifts like LED TV, Tablets, Mobile Phone and Drawing Set amongst them.

The ambassador assured that they would continue to encourage and patronise young and talentrd artists even in the coming days.