The U.S. Air Force has instituted sweeping changes to its dress code to allow service members to wear items of clothing obliged by their religions, including turbans and hijabs. 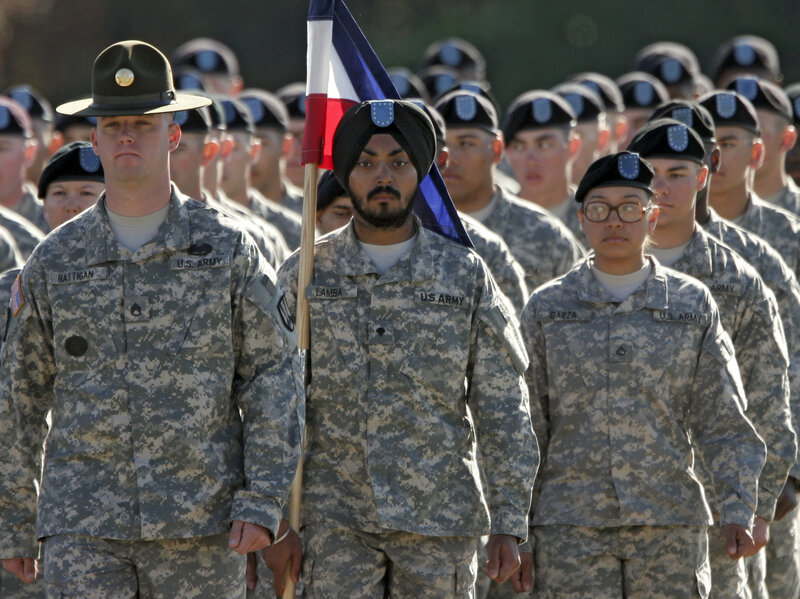 Moreover, the guidance for beards grown under a shaving waiver remains unchanged: Such whiskers must not be trimmed to give a sculpted appearance and cannot exceed a quarter-inch in length, the updated policy states.

A Muslim airman first was allowed to wear a beard in 2018. The following year, a Sikh and at least two Norse heathen airmen were granted beard accommodations, according to a review of media reports.

The new guidance does not limit how long a religiously accommodated beard can be but states that it must be rolled or tied so that it does not extend more than 2 inches below the chin. A connected mustache must not extend past the line of the upper lip, the guidance says.

Turbans, under-turbans and hijabs must be made of a “subdued material in a color that closely resembles the assigned uniform,” it states. Designs other than a camouflage pattern matching the uniform are prohibited. The head coverings must be worn in a neat and conservative manner and, when directed by a commander, need to be made of fire-resistant material. Turbans may be worn in place of traditional military headgear.

Wing commanders or the equivalent, colonel and above, may grant waivers for the sacred scruff or holy headgear after a chaplain has interviewed the applicant to ensure a request is based on sincerely held religious convictions. In the past, chaplains had to certify it was part of a doctrinal or traditional observance.