‘Birds of Prey’ — Harley Quinn returns, badder than ever

* It's time for Harley to emancipate herself from men, form a girl gang, and show that the sisters really can do it for themselves 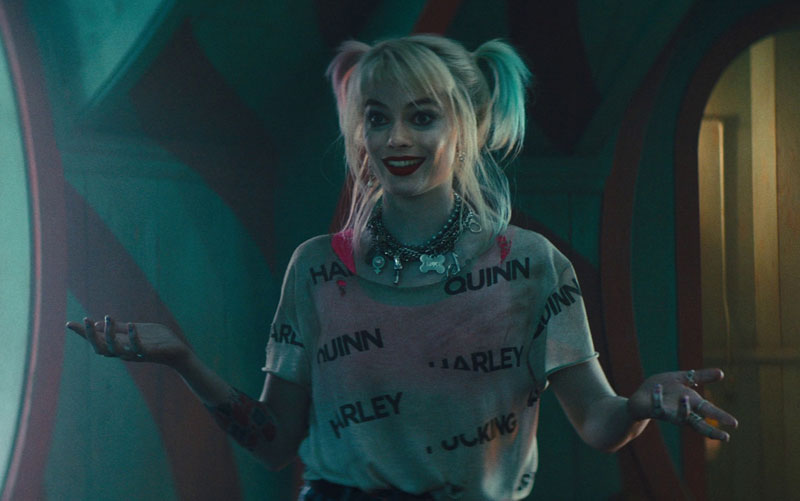 Hallelujah! Birds of Prey is not as gargantuanly godawful as 2016’s Suicide Squad, which was a real DCEU barrel-scraper.

But it’s not fantabulous, either, to namecheck its subtitle: The Fantabulous Emancipation of One Harley Quinn. Not to knock said star, Margot Robbie – she was the one saving grace about David Ayer’s downer squad of male stars. Robbie had to cede the star spot to Will Smith that time. No more. The Bombshell Oscar nominee is back as shrink-turned-psycho Harley Quinn, with her lipsticked kewpie-doll smile, batshit-crazy disregard for morality, and lethal way with a hammer. She’s a live wire, announcing in voiceover that Harley and the Joker are kaput as a couple. Jared Leto isn’t back to play the clown prince of crime. Apparently, no one thought to invite Joaquin Phoenix.

But the creators never take action to a place where it could define character, and maybe raise the bar on the usual punch-stab-shoot mayhem

It’s time for Harley to emancipate herself from men, form a girl gang, and show that the sisters really can do it for themselves. Robbie, also a producer on the film, does the same thing behind the camera, with Christina Hodson replacing writer-director Ayer as screenwriter and Cathy Yan taking over as director. Timely notion. But the idea of chopping the script into fragments was old when Quentin Tarantino borrowed it for Pulp Fiction, and Hodson is no Tarantino when it comes to verbal fireworks; her humour is strictly Deadpool-lite. It’s great to see Yan move on from indies to blockbuster-filmmaking, and she handles the action as well as most male directors who simply photograph guys beating up on each other.

But the creators never take action to a place where it could define character, and maybe raise the bar on the usual punch-stab-shoot mayhem. 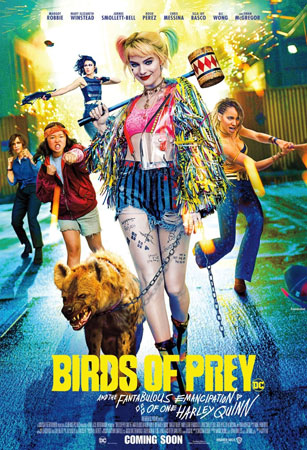 Still, at its best, Birds of Prey is the movie the recent Charlie’s Angels remake wished it could be. Independence looks good on Harley, but she needs to put together a formidable crew to take on old enemies who want to kill her now that the Joker isn’t around to provide protection and immunity. These women, her birds, are her best allies in taking on a testosterone contingent of second-tier villains, led by Ewan McGregor as a Gotham City slimeball named Roman Sisonis, a.k.a. Black Mask. The actor seems to be having a blast playing this Botox junkie who likes peeling off the faces of his victims. But Harley isn’t afraid of him or his boy-toy henchman Victor Zsasz (a bleached-blond Chris Messina). Unfortunately, neither are we – which cuts into the suspense.

The fun comes in watching the women kick ass. Jurnee Smollett-Bell does just that as Dinah Lance, a.k.a. Black Canary, a songbird in Roman’s nightclub who’s become a street fighter to deflect male aggression. Mary Elizabeth Winstead excels as Huntress, a.k.a. the crossbow killer, who’s taken a vow of vengeance against the gangsters who killed her family right in front of her. She’s pissed. So is Rosie Perez as Gotham police detective Renee Montoya – she’s tired of being passed over for promotion by men who don’t have an iota of her smarts. The dudes have to go down.

The excuse for a plot involves another woman: Cassandra Cain, a teen thief who’s stolen a kajillion-dollar diamond that Roman covets. Since Cassandra has swallowed the jewel, Roman and his henchmen want to cut it out of her. The ladies favour a more conventional bowel movement. Make your own guesses about the jokes that follow from there. Birds of Prey is R-rated versus the tame PG-13 for Suicide Squad, so there’s plenty of gore. But Harley shoots paint, bean bags, and glitter out of her gun, and seems impervious to injury. With nothing at risk, why should audiences care?

The fight scenes grow numbing as the birds take on the goons in melees that add up mostly to noise. All you feel is numb as Yan piles on one brawl after another to give the illusion that something is happening. Nothing really is. Birds of Prey and its ilk are empty calories, not meant to disturb when they dazzle. Joker, whatever its shortcomings, tackled a festering society that created its own monsters. Slapping the topical theme of female empowerment on a story that trucks in business-as-usual violence does not qualify as a game-changer – or a reason to go to the movies.