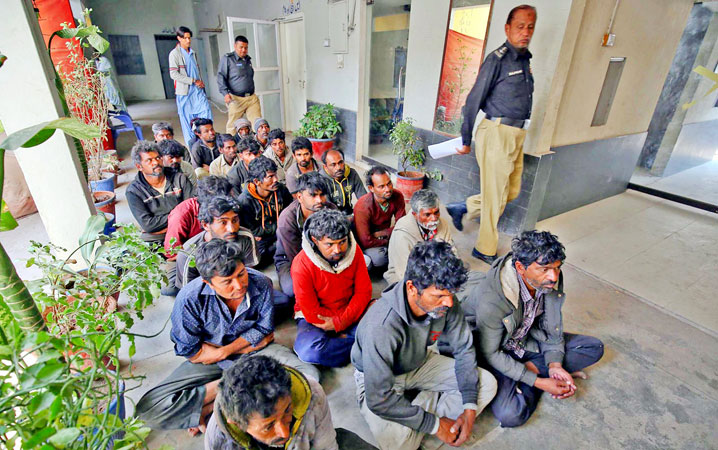 Pakistan maritime security agency on Friday arrested as many as 23 Indian fishermen over violation of sea limits between the two countries. Deputy Director General commodore Jawad Ahmed in his press briefing informed that the agency received a tip-off that four Indian fishing boats have entered Pakistani sea side near Sir Creek on which the PMSA boat and fast response boats started patrolling near border area and arrested as many as 23 Indian fisherman traveling in four boats. The Fisherman informed the PMSA that they are belonged to India and entered in the Pakistani area of seaside during the fish hunt. According to the PMSA, the arrested fisherman will be handed over to Docks police station where he will be interrogated from every angle.