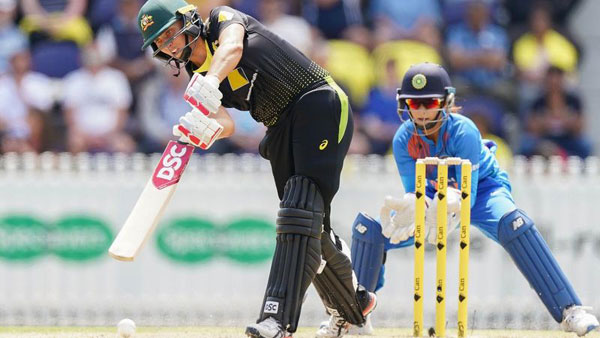 Australia’s misfiring top order won’t change their attacking approach as they return to their happy Brisbane hunting ground in a Twenty20 World Cup warm-up game against West Indies on Saturday.

Alyssa Healy thumped an unbeaten hundred in a dominant Australian win at Allan Border Field four months ago, but returns on the back of just 15 runs in her past five T20 innings.

Gun duo Meg Lanning and Ellyse Perry averaged 19 and 18 respectively in that series, with opener Beth Mooney (208 runs at 52) a shining light as they snuck home in the final against India on Wednesday.

Allrounder Ashleigh Gardner admitted Healy wasn’t the only one searching for form ahead of their tournament opener on February 21, but going into their shells isn’t the solution.

“There’s a lot of improvement to be had in our top order. Beth’s done really well but the batters around her haven’t done amazingly,” she said.

“But I don’t think there’s too much pressure put on the top order. We all play an attacking brand of cricket, especially myself and Midge (Healy) and when we shy away from our natural game that’s when we don’t do so well.”

More than 350mm of rain has fallen at the ground in the last week, although the forecast is brighter ahead of Saturday afternoon’s scheduled start.

“We have been pretty successful here and it’s a nice feeling coming back to somewhere where you have had a lot of success,” Gardner said of their fondness for the match venue.

“And it’s a great place for women’s cricket so hopefully we get some good support.”

The West Indies will be powered by Hayley Matthews and Deandra Dottin.

“They’re very relaxed characters, you just never know when they’re going to really turn it on and they could bring it tomorrow,” Gardner said.

Australia will finalise their preparations with another trial game against England in Adelaide on Sunday.

Gardner became the first indigenous Australian woman to play in a World Cup at the 2017 50-over tournament but said one on home soil would be especially significant.

“It’s going to be massive thing, it’s almost a once in a career thing to play at a home World Cup,” she said.

“I’m thankful to be here. To be the first ever indigenous female (to play a World Cup) is a big thing for me, and my family as well.”