In Minnesota, the Kafkaesque existence of Haylee Rucker 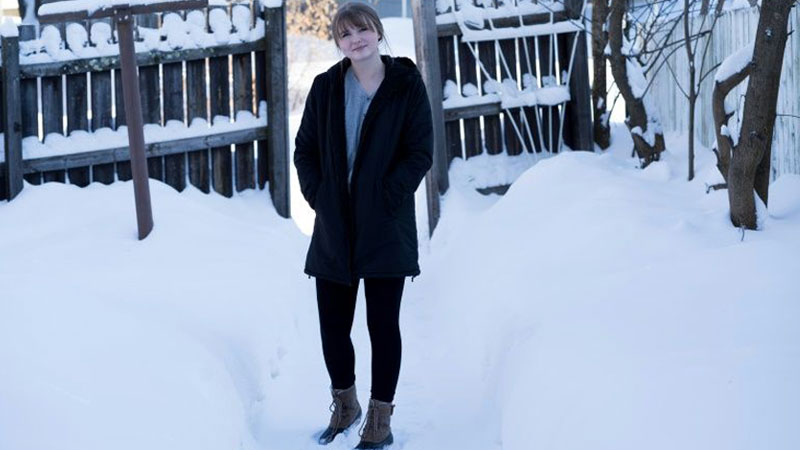 Haylee Ann Rucker lives in a rural Minnesota town. The 19-year-old was born in the United States to American parents.

But legally, she did not exist for 19 years.

No passport, no driver’s license, no insurance. Rucker had none of the vital paperwork needed to lead a regular adult life.

Why? Because she didn’t have a birth certificate. And without that, she could not get a Social Security number, and everything got more complicated from there.

The story is an absurdist tale of administrative ping-pong involving two US states, the federal government and a hospital that did not register her paperwork from the outset.

But as bizarre as it sounds, it’s not unheard of in the United States, a country that offers nationality to anyone born on American soil.

“It really hit me when I turned 16 and I couldn’t get a license like everyone else,” Rucker says in a soft and trembling voice.

When AFP met Rucker in Eveleth — population, roughly 3,700 — in mid-January, she was working as a home health aide for the bedridden wife of the town’s mayor.

Of course, she has to work under the table.

Rucker was a good student in high school and wants to become a nurse, but she could not register for college classes without identification documents.

The frustration in her voice builds: “I mean, I can’t do anything. I’m kind of just stuck.”

It all started one Thursday night in December 2000 at a hospital outside Los Angeles.

A very pregnant April Booth, Rucker’s mother, went to the hospital convinced she was about to give birth.

But nurses sent her away and told her to return when her contractions were closer together.

Booth, however, didn’t make it. She gave birth at home with the help of her baby’s father. An ambulance then came and took her back to the hospital.

But the father did not want to sign any paperwork, perhaps so he could avoid paying child support.

Without his signature, there were no official witnesses to the birth, and the hospital did not follow through with the usual procedures to have a birth certificate issued.

At the time, Booth did not worry about the birth certificate formalities, and her baby’s father disappeared from her life.

But years later, when she was ready to file a tax return after heading back to work, Booth realized she could not claim Rucker as a dependent, because her daughter had no Social Security number.

By that time, the family was living in Minnesota.

In 2009, Booth applied for a Social Security number for Rucker. But her request was rejected because of the lack of a birth certificate.

The hospital certified that Booth had been admitted in December 2000.

There was a bill for the ambulance, and medical records.

Booth spreads all the papers out on a coffee table in her home. She even has a copy of one of her ultrasound exams.

“In the beginning, I thought maybe they thought that I had stolen her, and I could respect that,” says the 56-year-old Booth.

“But I think I have enough documentation to prove that she’s mine.”

In 2018, thanks to a friend, Booth finally got a lawyer to take the case pro bono. For months, there was no progress.

Booth saw a certain irony in the situation. She works in a call center that has the Democratic Party as a client, and often conducts polls about the regularization of those in the US without papers.

“I didn’t cross a border in the back of a truck. I didn’t hide her as a stowaway,” Booth said.

“I had her in the United States, and I’ve never left the country. I’m an American citizen. And I can’t get her legal.”

As Rucker was not born in Minnesota where she currently lives, and doesn’t live in California where she was born, the two states have repeatedly punted to the other side on the case, says her attorney Bryan Lyndsay.

“She’s kind of caught between two jurisdictions and because of her status in both, neither one is overly ready to help her,” he explained.

Rucker’s case is not without precedent. In 2014, Alecia Pennington — who was home-schooled — launched a viral appeal on YouTube to get papers.

A few months later, the state of Texas weighed in, allowing her to get a deferred birth certificate and to win her legal identity.

In the end for Rucker, with a bit of advocacy on her behalf, the situation shifted. In late December, Vlaisavljevich called the office of Amy Klobuchar, one of Minnesota’s two US senators and a Democratic presidential candidate.

Contacted by AFP three weeks ago, her office said it had intervened on Rucker’s behalf with the federal Social Security Administration and a new meeting was set.