Wasim Akram all praise for Umer Khan as PSL5 looms 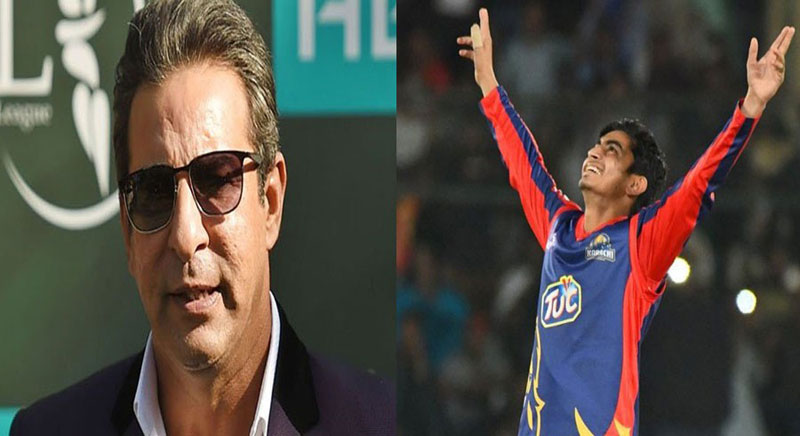 KARACHI: Pakistan’s legendary former pacer Wasim Akram, in a Youtube interview, has heaped praise on the young spin-bowling sensation Umer Khan, ahead of the upcoming Habib Bank Limited (HBL) Pakistan Super League (PSL). The 53-year-old revealed that the youngster, who will represent Karachi Kings in the upcoming PSL5, had a great cricketing sense and enjoyed a good contest. “Umer Khan has that cricketing sense even as an 18-year-old. He knows what kind of deliveries to bowl to which batsman. He does not shy away from the big stage, he actually enjoys it. The bigger the player, the more pumped up he got to bowl to them,” Akram said. Akram, who is the President of the Karachi Kings franchise, believed that his side had a strong side that could come out victorious in the upcoming event.

“Every year we try to win. Every team tries to win the entire thing in any tournament. I think this year we have a really good combination. In T20s we have seen that those teams are usually victorious that have a strong bowling unit. I think that is where we have got Amir, Chris Jordan, Liam Plunkett, Usama Mir, the young Umer Khan so we have quite a few bowlers. We have a lot of variation in the attack,” he said. The legendary former pacer claimed that the inclusion of batsman Sharjeel Khan was an exciting prospect. “We now have Alex Hales, one of the top players in the world for T20 cricket. Then we have Babar Azam, the number one batsman in T20Is. Sharjeel is also there which will be very exciting. He is a natural stroke player. His instructions would be to play his game. We will play attacking cricket. We will also work on our fielding since we have a good fielding side,” he said. The 53-year-old was baffled by fast-bowler Mohammad Amir’s recent exclusion from the Twenty20 International (T20I) side and believed that the national team needed him for the upcoming World Cup.

“Being an outsider, it is beyond me why Amir was dropped. Many people are speculating that because he isn’t playing Test cricket he was dropped from the national side. That is wrong. If he doesn’t want to play in the format it is his choice. He should not be dropped because of it. If you talk about current form, Haris Rauf was picked because of his performances in the Big Bash League (BBL). Amir also performed well in the Bangladesh Premier League (BPL). Dropping him is beyond me because even though our young pacers are talented, you need experience in a tournament like the World Cup,” he said.