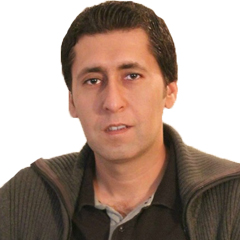 The advent of social media has revolutionized communications and outreach in unprecedented ways.It goes without saying that social media is a powerful tool carrying the ability to capture a global audience. This ability enables average citizens, especially traditionally less empowered groups such as the youth to engage in a participatory process of developing and shaping the conversations around issues ranging from petty disagreements over pulao v. biryani to the very sensitive political and religious debates.

Therefore, to say that digital media – and by extension social media – is a very powerful toolwould be an understatement.

That said, with great power, comes great responsibility and the same is true fordigital and social media and its usage.And so, while on one hand digital media can help marginalized groups finally get their perspective heard and acknowledged, on the other hand its irresponsible use can lead to an array of undesirable issues with real-time consequences.

Unfortunately, the realization of the same, that internet too is a place where responsible behaviour is not only expected but also desirable because it can have real-life consequences, is not as widespread as one would like it to be. As a result, at least in Pakistan’s context we have seen social media often being used in a manner that is dangerous, fake, sexist or serving particular narratives. These virtual behaviours in turn enable a hostile environment, (ironically) help shrink space for free speech and often adversely impact lives, reputations, careers and mental health.

At the same time, it also needs to be understood that what we say or how we choose to engage on social media is governed by a set of national and international laws. The audaciously disturbing, sexist, racist and/or simply offensiveremarks that can commonly be found under most digital conversations are not just prohibited under Pakistan Electronic Crimes Act 2016, but also under the Pakistan Penal Code. They are also in contradiction of the Fundamental Rights chapter in the Constitution of Pakistan 1973.

And despite a comprehensive set of laws in place on paper to counter hate, intolerance and fake news in the Pakistani cyber space, the Pakistani digital natives i.e. young people remain largely oblivious to these legislations.

Not surprisingly then, young Pakistanis continue to type away and post all sorts of profanities without stopping to realize that the same could actually be a crime under the law of the land.They blindly post, tweet/retweet and use social media in accusatorial and adversarial undertones that often start with hate speech and sometimes, end with a crime as serious as murder.

In order to break the cycle of violence, both online and offline, the principles of responsible digital engagement which calls for respecting others’ property and person, securing data and protecting sensitive information and developing avenues of redressal in events of harm are basic but crucial elements for which awareness and training are both required amongst all – but specifically the young – users of the internet so that they can play an effective part as responsible digital citizens and create an impact that may well be constructive.

Despite the fact that this critical situation requires serious attention, there have been very few concrete steps taken to counter the growing intolerance in the Pakistani cyber space. That said, a few donor organizations such as the Canadian High Commission have collaborated with non-profit organizations such as Pakistan Youth Change Advocates tohelp Pakistani youth indulge in healthy and responsible blogging and effectively use the internet to promote greater respect and tolerance in the Pakistani cyber space.

However, a greater number of similar initiatives are required to ensure that the young demographic that forms the majority of the internet users in Pakistan does not fall prey to or get influenced by extremist propaganda but is instead well-equipped to identify and peacefully counter hate speech that has increasingly stagnated the Pakistani cyber space.

The writer is a development practitioner, currently working with Pakistan Youth Change Advocates (PYCA) to ensure universal secondary education in the country