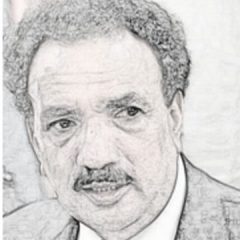 Kashmir is under curfew since six months where normal life is crippled and people are running off food and money. There is no body to listen to them while PM Modi continues to exercise his aggression on these innocent oppressed Kashmiris.

Reliable sources are quoting that more than 23 Kashmiri have already been killed during this longest curfew. Over 8000 young boys have been snatched away from their families and have moved away to Isolated camps.

The information from IOK is totally blocked with only a little amount of information coming out of the valley because all media houses have been blocked and no phone & internet service is available whereas the era is called as era of media. The Kashmiris were expecting from the international community and media to have voiced about the serious crimes like mass killings, rapes, forced disappearances being done by PM Modi and his Military troops backed by RSS. It is unfortunate that India has muted the voice of oppressed Kashmiris by enforcing Curfew and ordeal of Kashmiris in now for six months in the form of curfew and Kashmiris are demanding justice from international communities for their SOS support against PM Modi to block his brutalities which is going unheard by all those who matter in the world.

It is the dire need of the time that Pakistan should play its extra proactive role rather than restricting itself to local speeches, marches & big banners. Now it is the time for us to immediately take our SOs strong actions on the following two fronts:

The govt needs to assess how to become more active to bring the cause of Kashmir before the International community.

Kashmir Day or Kashmir Solidarity Day revolves around indicating Pakistan’s help and solidarity with the individuals of Indian-Occupied Kashmir, recognition of the effort of the people of Kashmir for the self-determination, and to pay gratitude to Kashmiri martyrs who lost their lives fighting for Kashmir’s freedom. Kashmir Day was first observed in. An across the country strike was done to challenge the Indian atrocities in Kashmir and for the expression of solidarity with Oppressed Kashmiris. The Pakistan People’s Party at that point proclaimed February 5 as Kashmir Day and it has since been observed each year. The day was reassured in January 2004, talking at a news gathering, the-then Federal Minister for Kashmir and Northern Area Affairs had said the individuals and the Government of Pakistan would show on the day their solidarity with the goals of the individuals of Kashmir. He said that the recognition of the day was intended to pass on a message to the world that Pakistan would not step back an inch from its stance on the issue.

Kashmir dispute is for all intents and purposes as old as the UN. The Indian Prime Minister Jawaharlal Nehru took the matter of Kashmir to UN in Jan 1948 and Pakistan likewise documented a counter grievance. United Nations Security Council (UNSC) passed the resolutions for the right of self-determination to be given to the Kashmiris while holding a free and fair plebiscite under UN self-assurance in Kashmir. Be that as it may, at that point India began dawdling and dismissed the UN Ambassador. The UN has constantly perceived Kashmir Issue as the sour driver of contention in the area.

The job of UN Secretary General ought to be reactivated that a UN delegation on Kashmir has to be announced for successful conduct of the plebiscite. With present unjustified attempts by the Modi’s Government the core demand of oppressed Kashmiris for their right of self-determination is has gone under weight. India wanted to curb it with the fear based coercion, however these.

Human rights Violations by Indian Occupational Forces in IOK is another issue to be addressed. On the issues of the black laws like POTA, TADA, AFSPA, PSA and the issues of mass graves, assaults and other human rights violations, we need to uncover Indian abominations and suppression in Kashmir on worldwide level.

Pakistan should continue broadening its political and discretionary help to the people of Kashmir and should keep this issue alive. Liberal components and voices in India, which share the feelings of the individuals of Kashmir, ought to likewise be projected in for the Kashmir cause. UN needs to be provoked to perform equivalent to the guarantee which is written down in the contract of UN, as it has done on account of East Timor and South Sudan, so why not in the situation of Kashmir.

Despite the fact that the UNSC repeatedly passed the resolutions on the Kashmir dispute for its peaceful solution however the physical arrangements have not so far been seen. Both Indian and Pakistani governments acknowledged the UN resolutions but India never encouraged the environment for the peaceful conduct of the plebiscite. Previous Secular Indian governments could not take a bold decision owing to the enormous rigidity wave in India particularly from the followers of Hindutva provoked by the RSS and the likeminded organizations in India. Pakistan has always assured its commitment with the peaceful conduct of plebiscite in order to decide the Kashmiris about their fate while exercising their right of Self-determination.

It is very unfortunate that India has been acting against Pakistan and Kashmir as per its own given policy and schedule and there has been no real tough deterrence in the form of legal and diplomatic resistance at the international level.

All measures taken in Pakistan in Media, seminars, processions, speeches, strikes, sit downs etc. have no effect on India directly.

These measures perhaps be good for the government to satisfy the local public on Kashmir but it has been noticed that hardly any deterrence or action against PM Modi and his associates is seen.

There is no doubt that India has been enemy of Pakistan right from the day of independence of Pakistan and now the way PM Modi has scrapped the status of Kashmir and is continuing his brutalities, killings, rapes, forced disappearances are now a matter of Human Rights Commission.

Pakistan must now realize that we have one enemy at present and that is Narendra Modi who is aggressive and has anti-Pakistan syndrome and he can go to any extent to directly inflict Pakistan.

His previous involvements in East Pakistan, terrorist financing and other terrorists’ activities by him in Baluchistan, LOC violations and open challenge of BJP to eliminate Pakistan is no more a secret.

In the meantime, he has also put the Muslim population under pressure by bringing Citizenship law where the Muslims will be declared as the second citizens. India’s Lok Sabha and Rajya Sabha passed a controversial amendment to its 1955 citizenship law which naturalises non-Muslim refugees as Indian citizens but excludes Muslims despite the national and international furore against it.

It is evident now that Prime Minister Modi is our number one enemy. Hence we as a nation at all level have to hit him had ensuring to take him on all the international, local and diplomatic fronts.

I have been consistently writing articles, letters to the Prime Minister, Foreign Minister and other International Forums including UNO and Human Rights Commission for dragging PM Modi as International war criminal replicating the model of Abu-Bakr, Attorney General of Republic of Gambia. A small country in Africa namely Republic of Gambia has been able to drag Ms. Aun Sui as War criminal and for her crimes against humanity in ICC and ICJ.

I don’t think that we will be able to achieve anything to help the Kashmiri and to block the brutalities of Prime Minister Modi until and unless we move to the International Court of Justice and International Criminal Court under Rome Convention.

There has been a debate in our government that perhaps we may lose this case at the international forum during the trial bringing embarrassment to Pakistan.

I disagree with the Foreign Office and other supporters of this idea as the nations have to take calculated risks to protect the vanity and the sovereignty of the country.

In case there are too much apprehensions of losing the case at government level let there be a law suit by eminent lawyers, NGOs, Freedom organizations of IOK or victims of Indian aggression can become party in both the ICC and ICJ under Rome convention.

It is my firm view to fight for Kashmir against PM Modi to put him under pressure otherwise he will continue his illegal actions including blocking of our water and he may try to achieve his long outstanding desire of surgical strikes in Pakistan.

I am and I was of the firm view that PM Modi is a hard core enemy of Pakistan which I had predicted in my Modi’s War doctrine much before the election of PM Modi and after Pulwama incident duly engineered by Modi himself.

It was unfortunate that Pakistani authorities were misinformed by back door channels that PM Modi will be beneficial if he gets back into power again which I had opposed at all levels in the country.

We all need to join hands & heads together to work out a national strategy to chalk out National Action Plan for the Kashmir cause with all stake holders and let us come heavy against the Indian policies against IO Kashmir.

The govt must consider to drag PM Modi to ICJ/ ICC without wasting and our legal team should file petition replicating the petition made by Justice Minister of Gambia. We have a judgment on genocide in Myanmar where the matter has been decided in favor of the victims in Myanmar. I hope the govt will take rapid actions based on my suggestions. 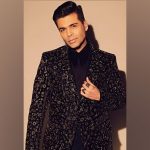 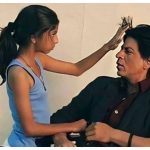 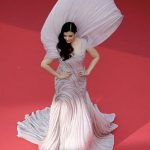 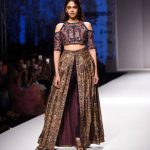