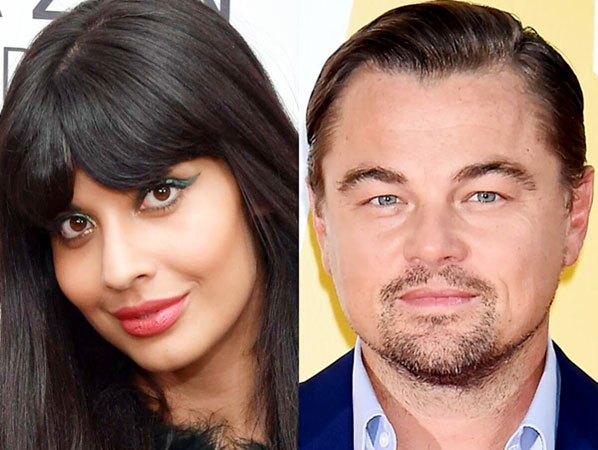 Actress and RJ Jameela Jamil turned down an invitation to party with Leonardo DiCaprio, so she could smuggle steaks out of an A-list bash.

She said the drama happened at her “first big Hollywood party” three years ago, when she found herself rubbing shoulders with “absolute A-list stars” like Charlize Theron and Gwyneth Paltrow reports aceshowbiz.com.

Jameela Jamil quickly felt way out of her depth and she hit the buffet area in an effort to avoid the heavyweights.

“I’m walking around on my own trying to find people to talk to, starting conversations with these A-listers who are looking at me like I’m just a very over-confident cleaner. And no one wants to talk to me, so after a while, I find myself lurking around the buffet area,” Jamil said during an appearance on late night talk show ‘The Tonight Show Starring Jimmy Fallon.’

“The food is incredible at these things, and no one eats the food… So I had a bite of steak, it was incredible and I was like, ‘No one else is eating this, I should take some of this home with me,’ and so I take a plate and I pile a steak on, and I’m like, ‘I could take, like, 10 more of these,’ so I pile 10 giant steaks onto a plate. I have Gwyneth Paltrow in front of me. She turns around and looks at me, and I was like, ‘Atkins (diet).’ And she was like, ‘Cool.’ And I grabbed a cloth napkin, I put it over the plate, flipped it, bundled all the steaks up, they start bleeding.”

At that moment she bumped into Matthew Bellamy, who invited her to another party.

“We know each other from England…He stops me and is like, ‘Hey, I just got here. I’m about to go to this party Leonardo DiCaprio is having in a hotel room. Do you want to come?’ ” she said. Jamil added, “I did, I wanted to go, but I was like, ‘I’ve just been through so much to get these steaks.’ I had tears in my eyes. I was like, ‘I just have to go home.’ And so I took these bleeding steaks home and I ate them by myself.”