‘Complex’ reality for ‘Our Boys’ creator 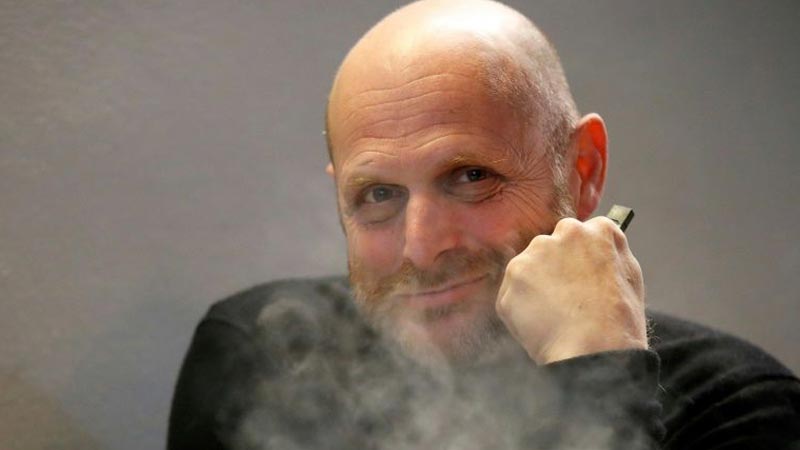 After cementing his reputation as a top producer in the US, Israel’s Hagai Levi has sparked controversy back home with his latest TV series “Our Boys”. Sitting in a Tel Aviv cafe, Levi takes a drag from his e-cigarette.

“I write here,” says the 56-year-old, surrounded by warm-coloured walls and low lighting.

Following his triumph in the United States with “The Affair”, which picked up a Golden Globe for best television series in 2015, Levi says he felt compelled to tell stories about events closer to home.

“Our Boys”, written for HBO with Tawfik Abu Wael and Joseph Cedar, is based on the real-life abduction and murder of a 16-year-old Palestinian boy.

Israeli Prime Minister Benjamin Netanyahu urged a boycott of the drama over its portrayal of the events leading up to the 2014 Gaza war.

The series tarnishes the image of Israel, he wrote on Facebook, accusing it of being anti-Semitic.

Netanyahu similarly called for a boycott of Channel 12 and its operator Keshet, also a target of the premier’s ire for its coverage of his legal woes, which has seen him charged in corruption cases.

“Our Boys” portrays the events surrounding the death of Mohammed Abu Khdeir, whose body was found in a forest in west Jerusalem. The teen had been burned alive.

Three Jewish extremists admitted to the murder, describing the July 2014 attack as revenge for the earlier abduction and killing of three Israeli teenagers by alleged Hamas members in the occupied West Bank.

The prime minister criticised the series for focusing on the “shocking but rare” killing of a Palestinian boy and showing only a few minutes of archive footage about the murder of the three Israelis.

Levi defends “Our Boys”, which he says shows how the Israeli authorities did all they could to find and convict Abu Khdeir’s killers.

“But for that, you need to wait for the third episode,” he adds.

The killing of 16-year-olds Naftali Frenkel and Gilad Shaer, and 19-year-old Eyal Yifrach, shocked the country and prompted a national outpouring of emotion.

Calls for revenge also followed, with more than 200 Israelis rampaging through Jerusalem after their burial, dragging people out of cars and chanting “Death to Arabs.”

“I don’t think that these people really wanted to kill Arabs,” says Levi.

But words “can be taken literally by people who are psychologically unstable,” he adds.

The killings were part of a cycle of violence which culminated in the 2014 war between the Israeli military and Gaza militants that devastated the Palestinian enclave.

Filmed in Arabic and Hebrew, Levi says “Our Boys” demonstrates that “reality is complex”.

“There are victims on both sides,” he adds. “It’s not about the good and the bad.”

Born in the religious kibbutz of Sha’alvim, central Israel, Levi discovered film at 16, when he worked as a projectionist at the community’s small cinema.

After graduating from Tel Aviv University, he became a cinema critic before starting his career in Israeli television.

At the end of the 1990s, he produced his first series, “Short Stories About Love”, before dedicating himself to writing and directing soap operas.

He gradually distanced himself from religion and became interested in psychoanalysis, creating the Israeli drama “Betipul”, about a psychologist.

Its success sparked Levi’s first project with HBO in 2008, when he worked on the American adaptation, “In Treatment”. The show has helped opened doors for other Israeli production in Hollywood and has been adapted into multiple languages.

But it was “The Affair” — co-created with Sarah Treem — which cemented his reputation as a leading drama producer.

The series was released in 2014 for the Showtime network and won acclaim for its unusual storytelling style, portraying an event repeatedly from the perspectives of different characters.

“Couples and their dilemmas especially interest me,” says Levi, who is also working on an adaptation of Ingmar Bergman’s 1970s series “Scenes from a Marriage”. The screenwriter is also working on a film about the intimate diaries of a Holocaust victim.

Etty Hillesum, a Dutch Jew, left a detailed account of her life before being killed at the Auschwitz death camp, which was liberated 75 years ago this month.