* So where better for a family break than Ile de Re, the island off the western coast of France famed for its charming buildings and beautiful scenery? 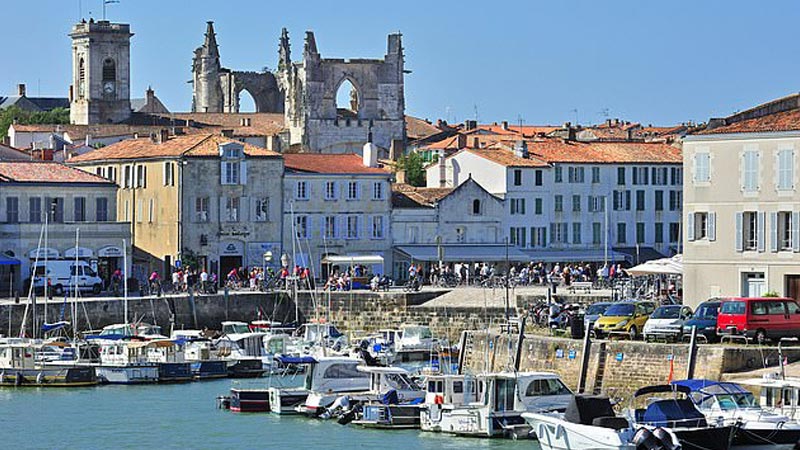 With two mobile phone-obsessed daughters, the biggest factor when choosing a holiday seems to be: how photogenic will the destination be for Instagram?

Depressing, but, as modern parlance goes, I had best ‘get over it’.

So where better for a family break than Ile de Re, the island off the western coast of France famed for its charming buildings and beautiful scenery?

While rich New Yorkers spend summer in the Hamptons, fashionable Parisians head to Ile de Re to stay in whitewashed cottages with terracotta roofs and shutters painted in pretty pastels.

With my wife, Montserrat, and our daughters, Marina, 13, and Sofia, 11, we flew from Stansted to La Rochelle with Ryanair.

Ile de Re is a 20-minute taxi via a two-mile bridge linking the island to the mainland. We were staying at Villa Clarisse, in main town Saint-Martin-de-Re. The 18th-century mansion was transformed into a charming nine-room boutique hotel in 2011.

The lengths to which Marina and Sofia would go to achieve the perfect photo was comically evident on our first night.

All dressed up for dinner, Sofia posed by the outdoor swimming pool in her trendy new white jumpsuit. Pouting, she was encouraged by her sister to step backwards for the perfect shot, only to tumble into the water.

That set the pattern, with every trip into town prolonged by frequent stops for selfies in front of delightful doorways deemed ‘Instagram-able’.

Saint-Martin-de-Re is an elegant port surrounded by fortifications built in the 17th century to protect the town from, among others, an English invasion led by the Duke of Buckingham.

These days the only invaders are tourists, and we joined them climbing the tower of the 14th century church.

A traffic light system avoided overcrowding at the top, from where we could see all 19 miles of the island.

After climbing the 117 steps, we deserved a reward, so headed to La Martiniere, an ice-cream shop with almost endless flavours including Madras, caviar and oyster.

While rich New Yorkers spend summer in the Hamptons, fashionable Parisians head to Ile de Re to stay in whitewashed cottages with terracotta roofs and shutters painted in pretty pastels

The girls, conservatively, opted for Ferrero Rocher and tiramisu while I scoffed the fluffiest of waffles covered in Chantilly cream.

You shouldn’t visit Ile de Re without hiring a bike. The island is as flat as a crepe and criss-crossed by 68 miles of well-maintained, clearly signposted cycle paths. 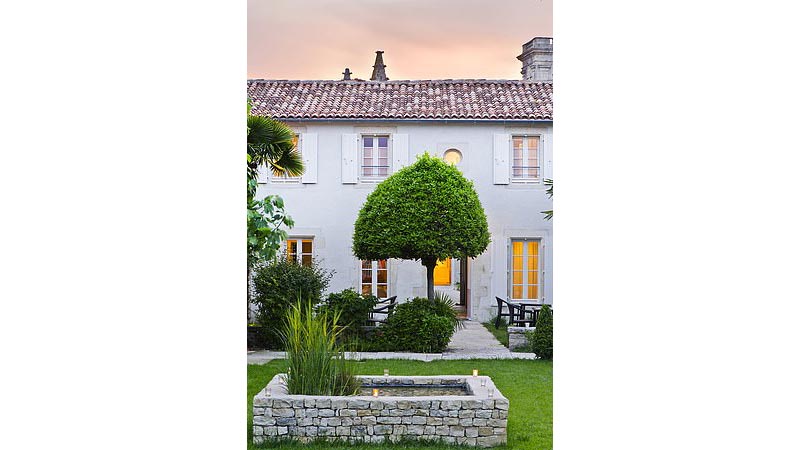 We pedalled along the coastal path, past salt marshes and vineyards bordered by hedgerows filled with poppies and cornflowers. When the girls eventually tired, we stopped at the Plage du Grouin, where they played in the warm shallows.

But the girls craved waves, so next day we took a £10 taxi ride to Le Bois-Plage-en-Re on the southern coast.

It’s part of a four-mile stretch of dunes and golden sands where the breakers roll in from the Atlantic.

Our hotel offered only breakfast and snacks, which gave us the opportunity to try some of the nearby restaurants. And, as Marina had a French speaking exam when we returned home, we encouraged her to do the ordering.

Lunch at Re Ostrea was a treat. Its kitchen is in a rustic cabin, and diners sit outside at driftwood tables with sea views.

The menu is mainly oysters and prawns. Each dish is served with a free glass of chilled white wine. The girls had tried oysters only once before but, as soon as Marina had practised how to pronounce ‘huitres’ she and Sofia were slurping them down.

The best way to learn a language is, of course, by making friends and, after some gentle pushing, Marina joined her sister in chatting to the children of French guests at our hotel.