Two minor girls’ weddings were stopped by Multan police after raided at a house in Khodadad area on Wednesday. 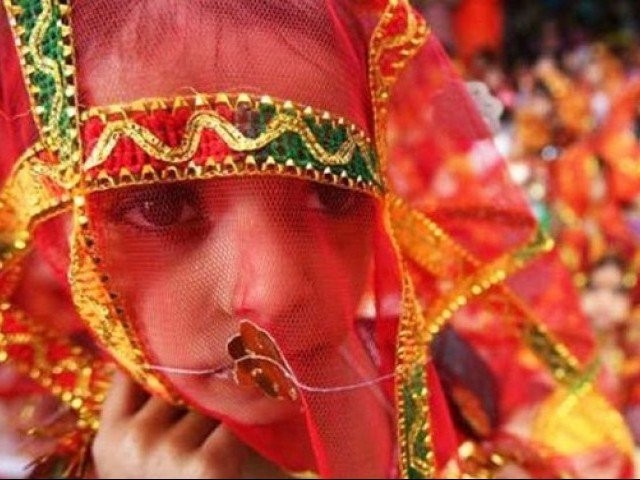 According to police sources, receiving information about a 45-year-old man was getting married to a 10-year-old girl, while a 37-year-old was marrying a 12-year-old, a police team raided at a house in Khodadad area of Multan.

Police sources further added during the raid the 45-year-old man was arrested on the spot, while, the other groom fled the scene. Police disclosed that the men and the two girls are cousins. The men were their maternal uncle’s children.

Police said that the minor was not even informed about the wedding. There were some people present in her house when she came back from school, as per police. Her father told her that the wedding had been arranged, due to which Yasmeen started crying. The minor’s mother and brother confronted the decision, but all their efforts went in vain.

The authorities said a case has been registered against the suspects, including the girls’ parents. A police official said  after receiving  information about the minor girl’s marriage, the police instantly took into action and detained the man and also took the girls into custody for their safety.