Just after 13 months when it came into being, Pakistan lost a leader who laboured indefatigably and often single-handedly to have an independent state for the Muslims of Northwest India. The Quaid, the only leader who owned this country like one owns his/her private property left the world without leaving a coherent and unambiguous blueprint for what shape the newborn country’s constitutional, political, and economic systems would take. After him, this country saw no such a leader who owned this country albeit anyone that followed him came with a promise of change and with an apparent resolve of outperforming his/her predecessors. I said apparently as the results over the years show that few outdone their predecessors and some did but not in the intended direction. The latest change-maker to occupy the chair is Imran Khan. 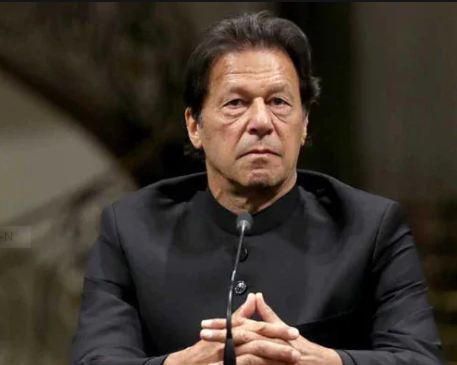 Mr. Khan entered politics in 1996 when he witnessed the corruption of the ruling elite, their apathy to the issues ordinary people faced every day, the injustices that characterised the daily lives of a majority of his compatriots, the loot and plunder of the tax-payers’ money, and the legacy of the colonial institutions still intact. Hence he called his party a movement for justice in PakistanPakistan Tehreek-e-Insaf, a revisionist party that would dislodge the status-quo. Initially, a lone fighter in the world of Pakistani politics where intruders are usually unwelcome, he made his presence felt in 2011 when he addressed a huge gathering at Minar-e-Pakistan. Ever since then, in fact ever since he entered politics, whatever he said and whatever he promised resonated with every that Pakistani who wished his/her country to come out of this decades-old extractive system and experience a new beginning, a new reality, and a ‘new Pakistan.’ After 22 years of hectic struggle, his and his acolytes’ prayers were answered when he took oath as PM in August 2018. There were lofty promises made in the first address. We rejoiced; we were overjoyed and our hearts brimmed with pride to listen to him for Pakistan got an informed Prime Minister. Someone who understood the real issues such as water crisis, climate change, malnutrition, the value of education, the tragedy of injustice; someone who would invest in humans, would look after the poor of this country, would see to the making of the welfare state on the pattern of the State of Medina; someone who could read without paper, who would ensure the civilian supremacy and someone who would help navigate the foreign policy of this country when it wasand isneeded the most.

But that was not to be. It’s been 21 months and we have not seennot even a modicum ofwhat he had promised us. True, they ask not to expect the results overnight since it’s a ‘mess’ of the past seventy years that needs to be cleaned up. The majority of this nation understands this. However, being a citizen of this country, I may well ask what about the 90 days which were promised to us? He had, time and again, solemnly declared that all it would take just ninety days to root out corruption from this country. We know that was a ‘political statement’ as our politicians are fond of calling such far-fetched claims political statements when one reminds them of those. But we haven’t seen even the slightest movement towards the task. What about the task force on bringing the laundered money back? What about the across-the-board accountability which he had promised? I will start with my own party were his words. The current spree that he so vociferously cash upon is anything but accountability. It is not only selective and one-sided but it is a farce and let that be called vengeance and nothing more than that. Simulate, if you could, in your mind what would have been the fate of the responsible machinery if Peshawar Bus Rapid Transit was sanctioned by the government of Shahbaz Shareef in Punjab, youd see the one-sidedness of this whole exercise known as the promised accountability.

We were promised the rule of law. Do nahi, aik Pakistan was the catchphrase employed to refer to a utopia where there will be equal law applied to allpoor and rich alike. But hearing the Spokesman of the PM Mr. Nadeem Afzal Chan, himself confessing that Atif, the son of Naqeebullah Mehsud, who was killed by Rao Anwarthe police officer, notorious for his encounterswon’t get justice in this system, broke us. Remember that this isn’t an ordinary analyst who opined in a TV show but someone who’s the official Spokesman of the highest authority in this country, throwing the arms before this system. Who and what is this system? As a common man, all we know is that if you are a murderer, you should be in jail serving your time. But here we see that someone who is accused of four hundred and forty-four murders roam free and is given VIP treatment. What an irony that the party was named as ‘Movement for Justice.’ The same goes for other cases such as the Salahuddin case, the Sahiwal incident, the Rahim Yar Khan Train incident, where the victims still await justice.

The latest report of Transparency International, although doesnt measure actual corruption but is based on perceptions of how much the government is corrupt. First, perceptions are not always devoid of reasons. Secondly, it was these same perceptions-based reports that Mr. Khan would readily and frequently cite to indict the governments of PML(N) and PPP for being corrupt. Typically from atop the container, he would first introduce Transparency International and then list the reports to loud cheers from his supporters. But as it is said in Urdu, aayena dikhaya tou bura man gaywhen the mirror was shown to them, they termed the report biased and based on questionable data.

Not to mention good governance. In the times since these assemblies are formed, there have been few or no debates at all about the core policy matters in both the houses. Laws are passed through Ordinances as if its an autocracy and not a functioning democracy. Where is participation? Where is transparency? So much for the meritocracy and the conflict of interestthe two issues he mentioned in his inaugural address that he will take great care of while awarding ministries and other positions of responsibility. Quite a few questions can be asked here too especially about some of his Special Assistants. The claims of no nepotism here look hollow.

If you study him right from the start to a day before coming into power, he has, if not reneged on his promises, surely trampled on his own principles and performed far lower than his own standards he set for himself or for any other Prime Minister. How forcefully he was against giving extensions to individuals? And how forcefully he defended the extension later? Amidst all this, if he has not given up anything, it is his promises: Promises of good days where all will be well. This reminds me of a parable.

Once there was a singer with a mellifluous voice. The King of the day knew about him; he was invited asked to sing for the king. The singer kept on singing and the King promised rewards: silver, gold, diamonds, and other such precious commodities. He came happily and informed his wife that the King has promised him such and such rewards. The next day he went to the Kings court and asked for the redemption of rewards. Which rewards? King inquired. Your Highness, yesterday when I sang, you promised me such rewards. I am here to take them, the singer said. No, there was no give-and-take in this. You pleased my eardrums with your voice; I made yours one with my words. Thats all, the king replied. Seems the Prime Minister is pleasing our eardrums with his lyrical speeches.

The writer is a student of Masters in International Relations and teaches Pakistan Study and History at a private school. He can be reached at sahhashmi92@gmail.com