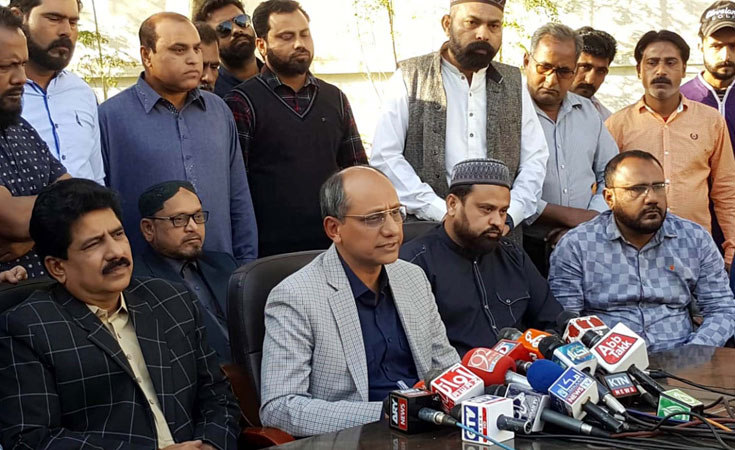 Sindh Minister for Industries and Commerce and Cooperative Department Jam Ikramuallah Dharejo has said that the media briefings of the federal government ministers and Special Assistants are a lie and are a failed attempt to divert attention from the real public issues.

He asked why not tell the public about ten million jobs and five million houses and with it the public should also be informed about the increase in prices of flour, sugar and foodgrains. Provincial Minister Jam Ikramullah Dharejo said.

Instead of talking about finding a flour crisis in the cabinet, why not expose the elements in your ranks that are the cause of these crises? According to Jam Ikramullah Dharejo, when the Prime Minister House including Governor Houses would be made universities and they had no right to criticize former president Asif Ali Zardari.

He added, ‘ The projects on which current rulers are shining, including CPEC are the product of the mind of Asif Zardari. The PPP’s federal governments had always provided jobs and the country got mega projects.

Provincial Minister for Industries and Commerce & Cooperative Department Jam Ikramuallah Dharejo said that the Governor of the State Bank ‘ s press conference was a foolish idea of the Federal government.

He said that for the past two months, industries have been facing a halt to supply of gas, which is making production expensive. Millions of people have moved to poverty due to rising wheat prices and people are justified in asking that when would the federal cabinet make decisions for the welfare of the people? Jam Ikramuallah Dharejo said that the parachute political orphans who criticized the PPP has been appointed to sit in the government’s nest and make noise for nothing, would soon reach to their logical end.