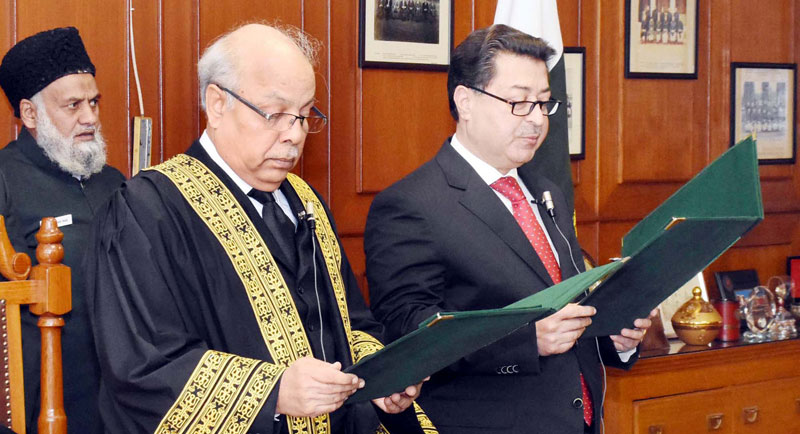 Supreme Court registrar conducted the proceedings of oath taking ceremony. Officers and staff of the Supreme Court were also present on the occasion.

The Ministry of Parliamentary Affairs had notified Sikandar, a former bureaucrat, as the chief election commissioner on Friday for a five-year term.

Petitioner Mohsin Ranjha during the hearing said the credit goes to the court. “The credit goes to the people of Pakistan,” Chief Justice Athar Minallah responded. “The parliament is supreme institution, which comprises representatives of the people. A strong parliament will make Pakistan strong,” the top judge remarked. The court on January 15 had granted 10 days to the government to finalise the ECP appointments.