Nawaz Sharif to be hospitalised in coming days, says physician 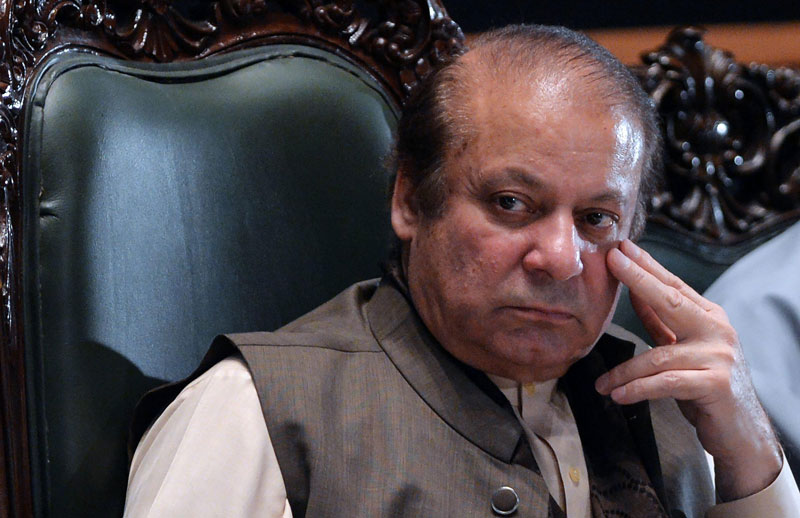 According to fresh medical reports of former prime minister Nawaz Sharif, which have been submitted in Lahore High Court, “Nawaz Sharif’s condition was not stabilized yet. He requires surgery, which could not be conducted till improvement in his health condition.”

The PML-N leader is suffering from hypertension, sugar and kidney ailments. The doctors are taking steps to maintain his blood platelets count, according to the report.

According to the medical board, Sharif’s blood reports had not been provided, while the reports neither mentioned his current platelets nor any updates regarding his genetic test were provided.

Sources said that the medical board asked the government for fresh and complete medical reports regarding the health of the former premier. The medical board also informed the government that it could not comment on the incomplete reports of the PML-N supremo. Previously, Amjad Pervaiz, counsel of the former prime minister submitted a medical report of his client in the Lahore High Court (LHC).

The 10-page report regarding Nawaz Sharif’s health condition was submitted to the Deputy Registrar Judicial. According to the report, the former prime minister is suffering from intracranial stenosis, a disease regarding the narrowing of the arteries inside the brain.

The report further stated that after Sharif’s various scans, the doctors have recommended him for heart treatment and his condition is still critical.

Sources said that the PML-N supremo’s health report is certified by the Pakistani High Commission in the UK. The report stated that Sharif should stay in Britain until his treatment. The report also directed the former PM to have daily walk. The Punjab government had also raised several objections to a medical report attached with an appeal of former premier Nawaz Sharif to extend his bail period in the light of the Islamabad High Court’s (IHC) decision. The appeal was filed with the Home Department Punjab on Dec. 24.

Thereby, the government has opposed stay of Sharif in London for medical treatment, and the home department has ordered the former premier to send his latest medical report. A medical board formed to consider the matter will then review the report and the decision to extend Sharif’s bail will be taken in accordance.

Meanwhile, Special Assistant to the Prime Minister on Accountability Shahzad Akbar on Monday expressed reservations over former prime minister and Pakistan Muslim League-Nawaz (PML-N) supremo Nawaz Sharif’s medical reports. In a statement, Shahzad Akbar while expressing reservations over Nawaz Sharif’s medical reports said that neither any certificate was attached nor the reports mentioned anything about his platelets count. Regarding National Accountability Bureau (NAB), the special assistant said that the anti-graft watchdog’s recovery was better as compared to previous year. He further said that the NAB cases takes a little time, adding that NAB law is aimed at improvement of the bureau.