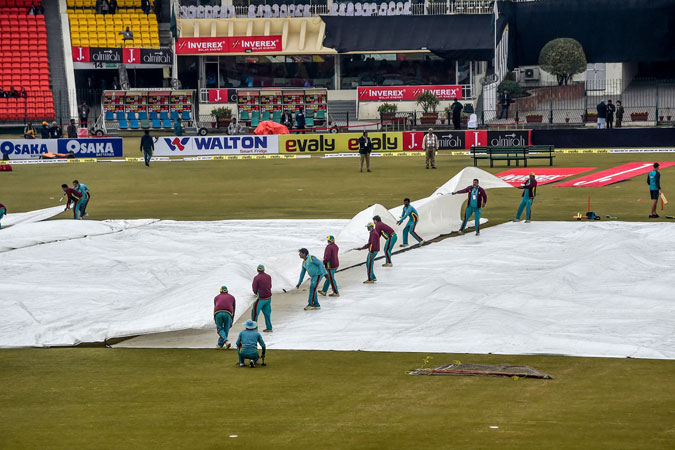 LAHORE: The third and final Twenty20 international between Pakistan and Bangladesh was abandoned without a ball being bowled on Monday because of persistent rain, giving the home side a 2-0 series victory. The series win helped Pakistan retain their number one ranking in T20Is with 270 points, leading Australia by just one point. Pakistan had clinched the series after handing a comprehensive defeat to Bangladesh in the previous two matches of the series. Pakistan had won the first match by five wickets and the second by nine wickets.

Murky conditions and drizzle delayed the scheduled 1:00 pm toss at the Gaddafi Stadium pitch, but play was called off three hours later. The series was a critical one for Pakistan, who have been struggling to retain their top spot in the International Cricket Council’s World T20I Ranking, which they have held since 2018. Recently, Pakistan have had an unimpressive run in T20s — in October, they were whitewashed by an amateur Sri Lankan team in Lahore and lost another series to Australia a month later. The T20I series was the first of the tour split into three phases. The second phase will see Bangladesh play Pakistan in the first Test in Rawalpindi from February 7 while in the third, the Tigers will play a solitary one-day international and the second Test in Karachi in the first week of April.