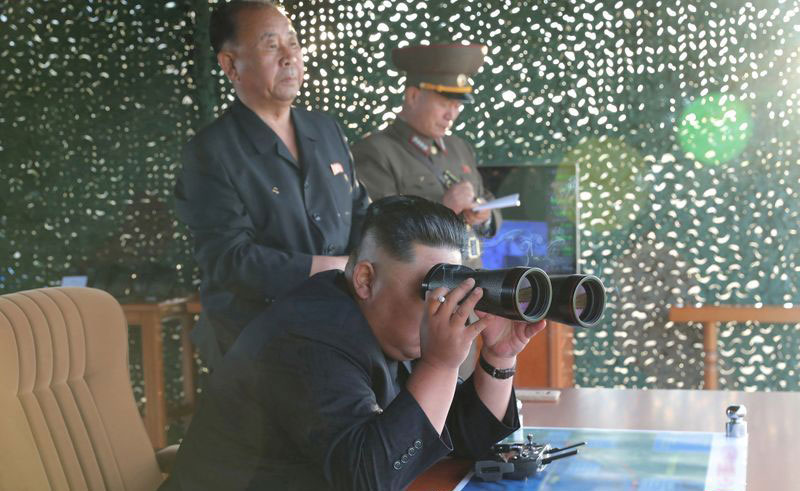 While a North Korean deadline for the United States to soften its stand on denuclerisation talks passed uneventfully over the New Year, state media and propaganda efforts have been focussing on the prospect of a long confrontation with the United States.

Optimism that two years of contacts between leader Kim Jong Un and US President Donald Trump would usher in a new age, and related hopes for economic improvement after decades of deprivation, appear to have faded.

Instead, the government has been hard at work in recent weeks using state media, propaganda posters, and performances to warn the public of a bumpy road ahead under US and international pressure.

The propaganda effort has included calls for North Koreans to “break through barriers” and strengthen the country.

The weekend’s Lunar New Year celebrations included a concert for Kim and other dignitaries with tributes to the country’s leaders for overcoming adversity.

It is a familiar message for North Koreans, but one that now underscores that the leadership does not foresee a breakthrough in diplomacy any time soon.

“The message will be that because of the US hostile policy and sanctions, that things will be more difficult for the foreseeable future,” said Andray Abrahamian, a visiting scholar with George Mason University Korea.

Publicly, North Korea has said it is no longer bound by commitments to halt nuclear and missile testing, blaming the United States for failing to meet the year-end deadline for it to show more flexibility in the nuclear talks and its “brutal and inhumane” sanctions.

Since Kim came to power in 2011, many North Koreans have steadily seen living conditions improve compared with deprivation and even famines of the 1990s.

In 2018, Kim doubled down by declaring the “completion” of the nuclear weapons programme would allow the government to focus on economic development.

But the failure to win sanctions relief is putting Kim in a sensitive spot.

“In 2012, Kim promised that there would be no more belt tightening, so for him to call on the country to prepare for exactly that sends a very clear message,” Abrahamian said.

“Most North Koreans have seen their economic prospects improve under Kim Jong Un so I’m sure this is a worrying time for them.”

The propaganda push is designed to support a line Kim set out in a speech at the end of last year calling for North Koreans to brace for an “arduous and prolonged struggle” and to foster a self-reliant economy because of a delay in the anticipated lifting of sanctions, analysts said.

Kim used that speech to acknowledge North Korea may need to “tighten our belts” for the time being.

But state media and propaganda have not yet widely pushed that line widely, likely in part because of Kim’s past promises, said Rachel Minyoung Lee, an analyst with NK News, a website that monitors North Korea.

“It is a controversial term and North Korea will likely roll it out very subtly and carefully,” she said.

The final months of 2019 saw senior officials warning the United States not to ignore its threat of a “new way” if it did not offer more concessions in talks aimed at getting North Korea to abandon its nuclear weapons.

Beyond a warning from Kim that the world would soon see a “new strategic weapon”, however, the deadline passed uneventfully.