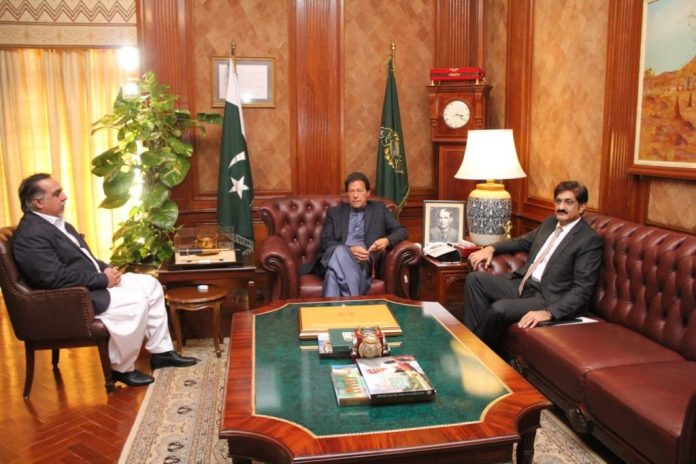 Earlier, Prime Minister Imran Khan arrived in the metropolis on a day-long visit. He was welcomed by the Sindh governor and chief minister.

The meeting between the prime minister and the chief minister comes weeks after Shah’s meeting with Ismail, which was hailed as a positive sign by Karachiites. During the hour-long meeting, the chief minister gave his consent to “all proposals” pertaining to the city’s development and vowed to “complete the job on the part of the provincial authorities on the centre-funded projects” in order to complete the mega schemes without any further delay, officials and sources had said.

In the meeting, PM Imran and CM Murad reached a consensus over probable replacement by the Sindh government, with Sindh Governor Imran Ismail backing the decision to remove the IGP.