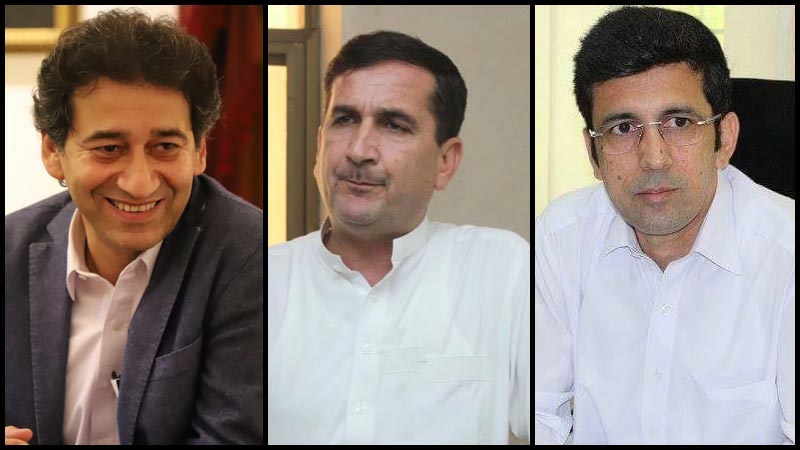 Three ministers of the Khyber Pakhtunkhwa government were removed from their portfolios, a notification issued by the provincial administration cabinet wing revealed on Sunday.

The move comes just two days after local media was rife with reports of a pressure group emerging in the province, allegedly led by sports and tourism minister Atif Khan, who was also a strong candidate for the post of chief minister after elections in July 2018.

According to a report, Atif Khan threw a lavish dinner for provincial lawmakers on Friday night apparently to muster support to take on Chief Minister Mahmood Khan amid reports of an intensifying jockeying for power between the two.

The incident took place a day after an alleged showdown between Atif Khan and the chief minister in a provincial cabinet meeting, which the government was quick to deny.

Sources said around 25 MPAs were invited to the dinner at the senior minister’s Hayatabad residence.

On Thursday, even after the provincial government denied the cabinet showdown reports, Mohammad Ali Tarakai, an uncle of Shahram Khan Tarakai, who is considered to be a close aide of Atif Khan, ended up at a talk show and vented his spleen against his own party’s provincial government, giving credence to speculations of a turf war in the ruling PTI. The elder Tarakai even hinted at leaving the setup.

According to reports, the reason for the rift between Chief Minister Mahmood Khan and Atif Khan was the rejection of the latter’s nominees in the recent cabinet reshuffle. Atif Khan’s closest ally in the provincial cabinet, Shahram Khan Tarakai, losing the local government portfolio also did not sit well with the senior minister.

The PTI, which formed governments in the Punjab, Khyber Pakhtunkhwa and the Centre following the general election in 2018, has recently been facing problems in both provinces and the Centre after similar cracks appeared among its lawmakers.

Recent reports suggest a forward bloc has emerged within PTI in the Punjab, allegedly due to differences with Chief Minister Usman Buzdar over governance issues in the province, although the government has denied this. The PTI’s key ally in Punjab, the PML-Q, also voiced its grievances with the setup, publicly criticising the government and threatening to take back its support in the Centre and Punjab.

Similarly, the MQM-P, which is the PTI’s coalition partner at the federal level, has also said it is unhappy with the government and one of its (MQM’s) federal ministers, Khalid Mqbool Siddiqui, has for the time being given up his cabinet portfolio as talks between both parties to get him back on the cabinet have thus far remained unfruitful.

Meanwhile, KP) Information Minister Shaukat Yousafzai said that the ministers were kicked out for not heeding the cabinet’s decisions and creating difficulties. Prime Minister Imran Khan, Yousafzai added, decided to remove them over their negative behaviour.

Sunday’s notification had also said the lawmakers were removed from office with “immediate effect”. The information minister said no one would be allowed to blackmail the ruling PTI or the government.

Earlier, there were reports that differences between KP CM Mahmood Khan and some of his cabinet members had deepened, and that PM Imran had also taken notice of the friction.

Senior PTI leaders had stated on Thursday that certain people in the party also took notice of the differences and decided to constitute a jirga to resolve the issue before it damages the government and the party.

Meanwhile, Defence Minister Pervez Khattak said that members that were plotting against the provincial government were removed and claimed that issue of the Balochistan government would also be resolved by today (Monday).

Talking to media during the inauguration of the Dialysis Centre at Nowshera Qazi Medical Complex, Khattak said that the “unrest” in the province was over.

He said that notices had been issued to party members who violated party discipline and spread unrest in the party.

He added that talks with coalition partners had been successful and issue of Balochistan and Punjab government would be resolved by Monday.