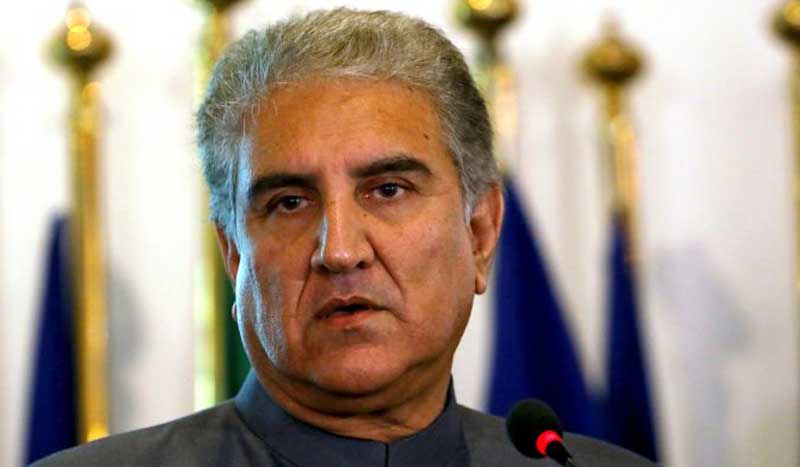 The international community should come forward to save 8 million innocent Kashmiris from atrocities of India, he said while addressing workers of Pakistan Tehreek-e-Insaf in different areas of constituency NA-156 here. The human rights violation by the Indian government in the Valley must be stopped as early as possible. Qureshi vowed that Pakistan would continue to raise voice for protecting rights of innocent Kashmiris at every international forum.

The foreign minister said the world should play its role in ending curfew in occupied Jammu and Kashmir and for peaceful resolution of the issue. “Jammu and Kashmir is no more a regional issue but it has become an international problem,” said Qureshi, adding “Pakistan successfully raised the Kashmir issue at the United Nations Security Council after 56 years.” Qureshi said he visited Saudi Arabia, Iran and America, following instructions for Prime Minister Imran Khan. He said his visit to these countries remained successful. Pakistan played a role to reduce tension between Saudi Arabia and Iran, he added.

Pakistan wished that there should be no confrontation in the region, he said, adding that the region could not afford another war. Saudi Arabia was one of reliable friends of Pakistan. Similarly, Iran was also our friend and a neighbour, said the foreign minister, adding that Pakistan wanted that the issues should be resolved through dialogue process.