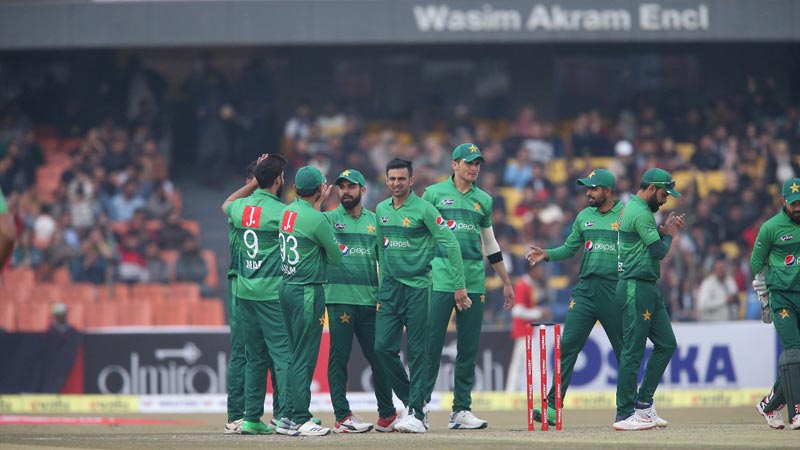 LAHORE: Skipper Babar Azam and his charges will be aiming for a clean sweep of the visiting Bangladesh when the sides two clash in the third and final Twenty20 International of the three-match series at the Gaddafi Stadium here on Monday (today). Pakistan won the first contest by five wickets and the second by nine wickets. The home side will be looking to continue their good run of form to make it 3-0. The final game could be an opportunity to try out some new faces, but they will certainly want to make a statement with a series sweep. Shoaib Malik and Mohammad Hafeez have made an impact with one good innings each, while Babar led from the front in the second game. Shaheen Afridi and Mohammad Hasnain bowled well in both games, while Shadab Khan has mostly been on the mark. Newcomers Ahsan Ali and Haris Rauf have shown glimpses of their ability too.

Captain Babar put the series victory down to “team work”. “Credit for my captaincy goes to the players,” said Babar, who now has two wins in five matches as captain. “The seniors and bowlers make it easy for me. The series win was much-needed, we played a lot of youngsters, the idea was to increase our talent pool to give us more options going into the World Cup,” he added while talking about the importance of winning the series. The Pakistan captain also hinted at changes for the next match although he refrained from shedding light on the expected team combination. “We will try to win the series 3-0 and whitewash them, even if we give other players chances in the last match,” he said. “We haven’t discussed the team combination for the last match. We don’t give targets to anyone that you will be dropped if you don’t play in a certain number of matches. You are given a proper number of chances, if you don’t perform then you can be dropped and we try other players. But we do try and give proper chances to everyone,” he added.

The prolific right-hander also spoke about the T20 World Cup, later this year, and the importance of assembling a good squad for the event. “I am thinking about the T20 World Cup, I have been appointed captain so I have the responsibility. We have PSL after this and after that, we will get a good group of players together. When we go for the World Cup, I think we’ll have good backup that we can play a good team,” he said. There’s a strong chance that Amad Butt and Usman Qadir will get their international debuts. Bangladesh captain Mahmudullah admitted that defeats were disappointing but was keen on winning the last match of the series. “Definitely, disappointed to lose,” said the Bangladesh skipper. “Not sure yet how we’ll go for the last game, maybe we’ll try to play some reserves, but we need to come hard at them and win the game.”