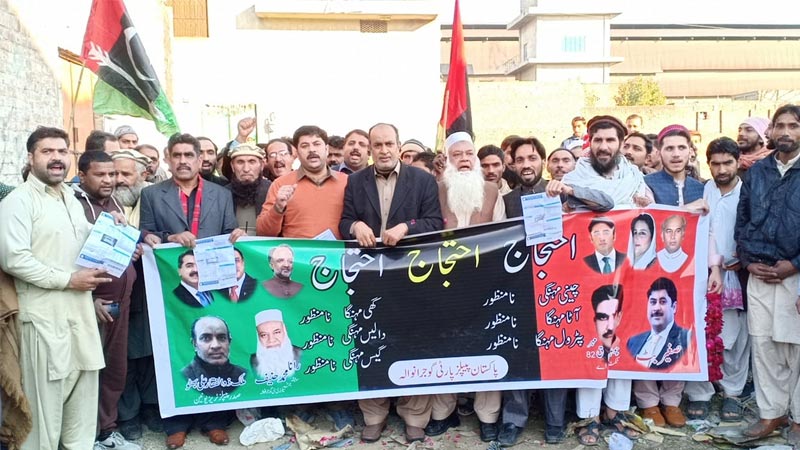 The Pakistan People’s Party (PPP) workers on Friday staged a protest by putting dry breads in their mouths. The city secretary of information, Sagheer Butt, led the procession. A large number of PPP workers participated in this protest, having party flags in their hands. The protesters criticised the government. Speaking on the occasion, Sagheer said the government had failed to control the prevailing issues. “The incompetent government must resign. The country, which used to be a wheat producer, is now importing wheat from abroad due to inefficient policies. The incumbent rulers are responsible of this wheat crisis. First they sold the wheat and created this crisis, and now they are importing wheat from other countries. In this whole incidence, some gain illegitimate profit from the poor’s pockets.”

He said there was nothing left of the poor due to unprecedented hike in the prices of sugar, oil, grains and other eatables. “The selected prime minister said that ‘my salary is not enough to meet my home’s expenditures’. His salary is in hundreds of thousands of rupees, but he is unable to meet his home’s expenditure. How can an ordinary person whose salary is in thousands run his house. The recent price hiking of electricity and gas has made the life of poor miserable. On this occasion, Malik Bhutto, Rana Haneef Chaudhry, Ishaq Maher, Muhsin Gujjar, Imran Mahar and many others were present.