China’s Wu takes slender lead into final round in Dubai 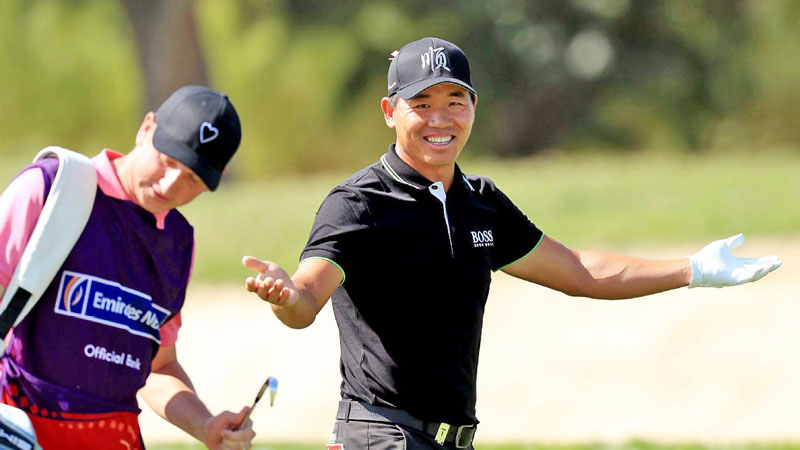 DUBAI: China’s Wu Ashun eagled his opening hole and rode the momentum as he took a one-shot lead after the third round at the Dubai Desert Classic on Saturday. Wu added four birdies and a single bogey on his way to a five-under-par 67 at the Emirates Golf Club as he chases his first European Tour title since winning the 2018 KLM Open in the Netherlands. He moved to 11 under par overall, one shot clear of Frenchman Victor Perez, who racked up six birdies on the back nine to match Wu’s 67. On the day his country welcomed the Lunar New Year, Wu was relaxed about his chances heading into Sunday’s final round. “That’s my ‘Happy Chinese New Year Shot’,” he said of his second shot that hit the front of the green and rolled into the cup for an eagle at the par-four opening hole. “Today my short game was great, just great. I got a feeling just good chips and good with the putter.” Defending champion Bryson DeChambeau, fellow American Kurt Kitayama and Englishman Tom Lewis finished two shots off the lead, with overnight leader Eddie Pepperell a shot further back. DeChambeau, who has been feeling under the weather this weekend, enjoyed a birdie-birdie finish but also carded four bogeys in a round of 70.