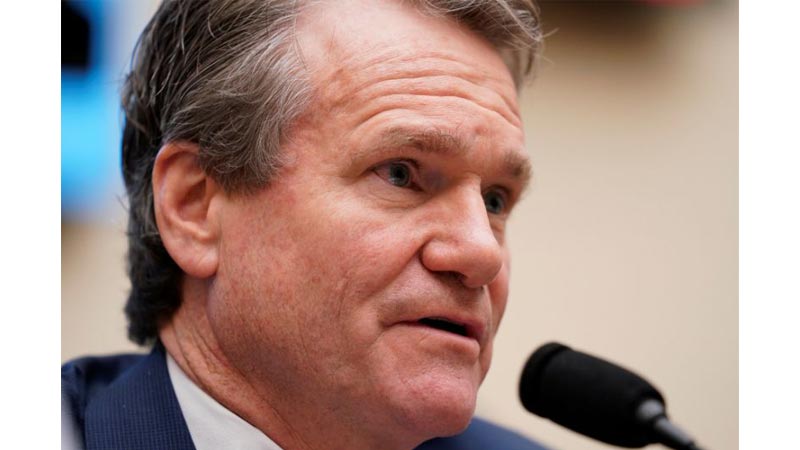 In a new interview from the World Economic Forum in Davos, Switzerland, Bank of America (BAC) CEO Brian Moynihan credited innovation and a “capitalist spirit” in the US with powering the country’s longest economic expansion in history.

“The US economy just has a way of grinding through, because that innovation, the capital that’s there, the capitalist spirit … it works better than any economy in the world,” Moynihan told Yahoo Finance’s editor-in-chief, Andy Serwer, this week. “That’s one of the things we’re trying to get everybody to understand, is you can be capitalist and … and make progress for society. But don’t challenge capitalism.”

The comments from Moynihan, who became CEO of America’s second bank a decade ago, came in response to a question from Serwer about whom he would credit with America’s robust job market, strong consumer, and generally expanding economy. Indeed, unemployment is at a 50-year low, and a report from The Conference Board found that consumer confidence neared a record high in the fourth quarter of 2019.

“I mean, is this [strong economy] because of Donald Trump, Brian? I mean, or is it because of [Fed Chair] Jay Powell? Is it because of Brian Moynihan? Animal spirits?” Serwer asked, with his last query referring to human emotions that can drive the economy in one direction or another.

Moynihan countered that the US economy has a power of its own that transcends the tenure of presidents, Fed chairs, or CEOs. Notably, he pointed out, the US economy employs roughly twice as many people as it did 50 years ago — a growth rate that has outpaced the expansion of America’s population during that time period. “The advent of the computer came on. And still, you employed twice as many people. So the US economy just has a way of grinding through, because that innovation, the capital that’s there, the capitalist spirit, and it works better than any economy in the world,” Moynihan told Serwer.

Moynihan made the comments during a conversation that aired in an episode of Yahoo Finance’s “Influencers with Andy Serwer,” a weekly interview series with leaders in business, politics, and entertainment.

Moynihan’s praise of capitalism comes amid increased attention on democratic socialism, a political theory favored by Vermont Senator and Democratic presidential candidate Bernie Sanders, which focuses on empowering workers. But he declined to tell Serwer whether his remark about capitalism was a “nod” to Sanders or to his fellow candidate, Elizabeth Warren, who’s sometimes referred to as a socialist though she denies being one.

“As I said, we’ll get through this election like we’ve gotten through all of them, and whatever comes out of it, you know, that’s what the American people voted. And we’ll run the company well whatever happens,” Moynihan said.

Like many big bank CEOs, Moynihan has faced scrutiny over politicized issues like executive pay. Moynihan, who received $26.5 million in compensation for the year 2018, was among seven bank CEOs grilled by the House Financial Services Committee in April over topics including their own outsize compensation compared to that of their employees.