Fake news: a conundrum which demands serious discourse in Pakistan 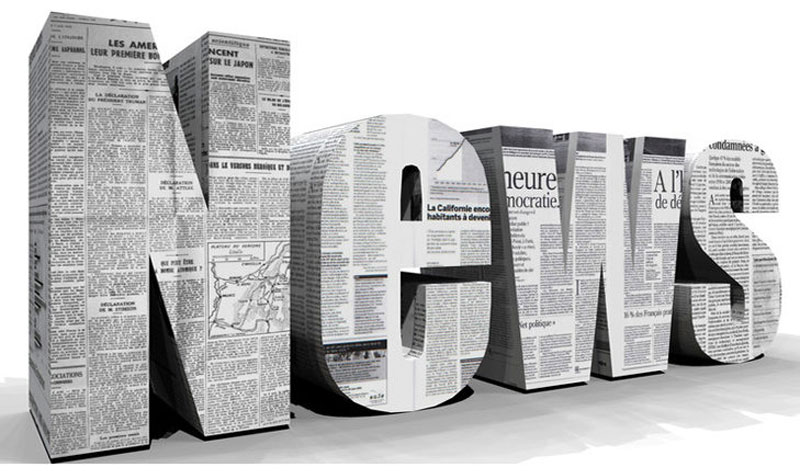 Much of the discourse on ‘fake news‘ conflates three notions. Mis-information which is unintended, or an accidental mistake in narration. Dis-information is fabricated or intentionally modified content to maliciously harm a person. Mal-information is based on reality but is used to inflict harm on a person or to blackmail.

I recently visited two institutions in Karachi that are providing much needed service to the poor, the National Institute of Cardiovascular Diseases and the National Institute of Child Health. There was the usual media talk after the visit, where a reporter asked me what is very clear and audible in unedited video clips that, “In this city there is a huge crisis of (availability of) wheat, who do you think is responsible…?”. Because no blame had been appropriated until then my reply was, “I don’t know, but I should know.”

This short interchange was misrepresented by the electronic media, stating that the President of Pakistan was totally un-aware of the wheat crisis in the country, though my answer audibly was in specific response to, who was responsible for the crisis.

Presented in this way, the news created a deep sense of surprise and resentment in a population suffering from inflation and poverty. The fake angle was created in the morning but by the afternoon almost all channels were eliciting, ridiculing and insulting comments on the President’s callousness, being unaware of what is happening to the poor.

The way my answer was misquoted, it was now actually rubbing salt in the wounds of those who are going through tough times. The social media timelines were overflowing with negative responses. Many politicians in their press conferences and talk shows heaped further ridicule on the President for being ignorant and callous.

I decided to write a letter to the media, but as I wrote, it dawned on me that this is a far bigger problem than my personal incident. So without trying to blame the channels, their reporters or their editorial staff, in a society already reeling under the impact of fake or false news, I decided that public debate must be elicited to confront this challenge for tomorrow.

Social media with its increasing omni-presence and impact, reports within minutes, television media follows up within hours, and the print press grabs its bite in 24 hours. Television news is married, some may dare to call it ‘a marriage made in hell’, to the concept of ‘breaking news’. There is a race in the market of ‘who-gets-what’ first. We do realize that such a ‘first’, the more shocking the better, provides a competitive edge. However my serious concern is that we should not be ‘breaking’ people to create breaking news. There are many examples including of fist fights because of such irresponsible reporting.

Nobody is perfect, certainly not I, but with the 24 hour presence of political and social personalities in the social and television media, everybody remains under deep scrutiny. That the politicians have opted and chosen a deeper scrutiny is a hazard of their profession, which now appears almost like a perpetual job interview.

For the social media surely, Shakespeare wrote ‘all the world is a stage’. In real life however, there is also a backstage, people go home where there is privacy to fall back upon, which provides relief from the fixed smile masks and personas carried all day. Not for the players in social and electronic media where the main purpose is to make yourself look good, and for the detractors the purpose seems to be to pick up every wrinkle and flaw, and to illuminate every dark corner of the other’s soul. This battle is perpetually on with every post.

Casual discussion of morality was not only easy but essential as we formed our adulthood personalities. Today the social glare makes moral living actually very difficult. It seems as there is a moral flattening of the earth, with no room for imperfect and average humans.

I hear challenging comments on the dream of the ‘State of Madina’, where the attitude of some detractors is that ‘you must live that perfection’ before you are even allowed to dream, and don’t you dare talk about it until you have lived it. This leaves little room for us imperfect individuals. Martin Luther’s ‘I have a dream today’ would have been seriously challenged by the media’s magnifying glass, focusing on every wart of his life. The white supremacists did try then, but failed. He was human after all, and lived in an age where perfection was not a pre-requisite to dreaming.

We are in a state of hyper-awareness and distraction. The media overloads us with more sensory input than mankind has ever had, and where ‘important’ is overtaken by ‘urgent, noisy and petty’. It also destroys our sense of scale. Breaking news shouted into our awareness and conscience, hour upon hour, has been led by an ecosystem that runs on ratings and exploitation of attention. The commercial package is to get a mass following which becomes a product itself, to be sold to advertisers. The crafters of news therefore, sharpen their instruments daily to win this battle, leaving no room for individuals, who can easily be sacrificed at the altar of ‘any news that can grab attention’.

In the words of an author these are like ‘fire hoses of information and disinformation aimed at our brains’ submerging our sense of reality and proportion with no way to calibrate or teach ourselves to separate the banal from the profound. The most viewed programs on the electronic media or posts in the social media are those of most aggressive and unhinged news and views with a responsive din of pros and cons. The major tool for fake news and attacks is ‘de-contextualization’, the specifics of which I suffered from in the incident above and many times in the recent past.

To pre-empt ‘whataboutism’ which is a new word in the current lexicon, let me state that I understand the social media well and have had a good presence in it. I have consoled many that it is a ‘chai-khana’ where every anonymous passerby from every background, is at liberty to shout profanities. This beast required only a thick skin. But today with the serious possibility of manipulation of our opinions and our decision making by fake news, we as a society are at serious risk of a hybrid war on our collective conscience. We have to develop tools to grapple with it.

Responsible journalism should not become a mirror of irresponsible social media like behaviour. Fact checking and verification are vital skills in newsrooms. Journalists and editors need these tools in their arsenals to ensure that the news they deliver is fair, unbiased and factual. Rather than go through PEMRA or legal nuances, my intention is to stir a debate, similar to what is taking place the world over, but as this is my precious land and yours the question is, can we lead?

This ‘social warming’ on a human level is like global warming, and is touching our daily lives with an increasing impact. There is a profound echo of every statement and counterstatement, every fact and fiction, every truth and falsehood, every real news and fake news. Ratings on television, numbers of followers on social media, and likes and dislikes, are becoming a measure of man, sometimes leading to serious distress, even suicides in the young throughout the world. Hopefully we humans will evolve to understand, absorb and adjust to this avalanche with the passage of time.

The writer is President of Pakistan.