Paying homage to the ‘Pachamama’ central to Bolivian culture 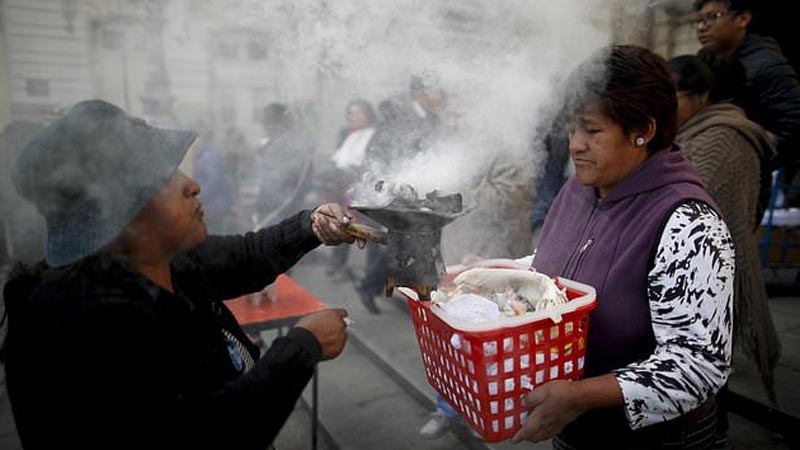 As they await their fresh fried trout, members of a family on holiday at Lake Titicaca pour a little bit of soda on the ground before they take their first drink. In South America´s most indigenous country, a deep-rooted belief system in the Andean earth deity called the Pachamama is intertwined in everyday life. The drops of soda signify a small homage to mother earth. In return, the Pachamama brings blessings, many Bolivians believe. The belief in the earth deity is also practiced in other parts of South American such as Peru and Chile, but perhaps most prominent in Bolivia, where at least 60% trace their roots back to the native tribes living in the area when Spanish colonizers arrived. Belief in the Pachamama cut across ethnicities and is prominent in villages and big cities. Parents teach their children that gratitude for mother earth must be an integral part of one´s life. Many are practicing Catholics who weave customs together.