The ODI leg against Sri Lanka marked the proper return of international cricket to Pakistan. However, a clean sweep in the T20I series dampened that sentiment. Pakistan will expect to celebrate this home series with a resounding victory. 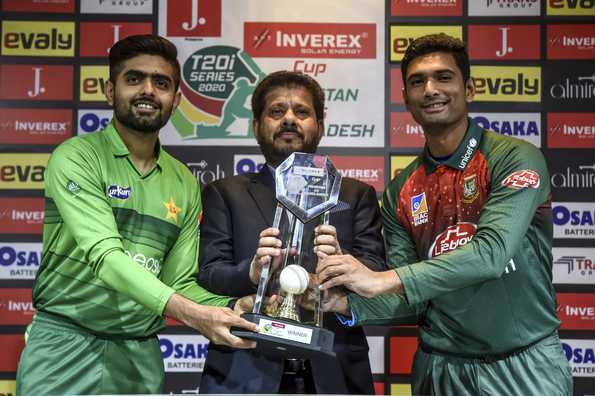 Bangladesh come into the series with two stalwarts missing from their ranks – Shakib Al Hasan, through his ban, and Mushfiqur Rahim, who opted out of travelling to Pakistan. Pressure on other senior folks in the squad, like Tamim Iqbal, Soumya Sarkar and skipper Mahmudullah, to carry the burden of performances. They also have experience in the bowling department via Rubel Hossain and Mustafizur Rahman.

For Pakistan, this is a fresh start under Babar Azam. Pakistan’s best batter in shorter formats in 2019 had a humbling start to life as Pakistan captain in Australia, but has now been handed a revamped squad that sees the return of Shoaib Malik and Mohammad Hafeez.

While the bilateral series is important, both teams will also like to test their strength with an eye on the upcoming T20 World Cup. Pakistan head coach Misbah-ul-Haq expressed this sentiment while announcing the squad: “The matches against Bangladesh are part of our preparation, finding the right combination and building for the two major tournaments. The return of Mohammad Hafeez, Shoaib Malik and Shaheen Afridi gives us the experience and depth, while the exuberance of Ahsan Ali, Amad Butt and Haris Rauf gives the team more firepower, energy and all-round skill.”