Taliban accuse US of ‘wasting time’ defining ‘reduction of violence’ 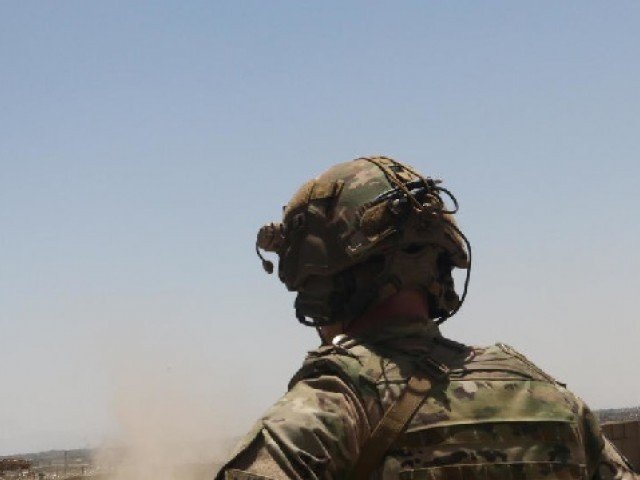 As the Taliban and American negotiators are trying to narrow down differences over the issue of ceasefire, the Taliban have accused the US of “wasting more time” on the definition of the term “reduction of violence.”

Taliban and the US resumed dialogue on Jan. 16 after a pause of nearly five weeks over the Taliban attack near Bagram Airfield north of Kabul. Two Afghan civilians were killed, and more than 70 civilians were injured, a spokesman for the NATO-led Resolute Support mission had stated after the Dec. 12 attack. No foreign troops were killed.

Both sides have held series of meetings over the past week but differed on ceasefire.

A harshly worded statement on the Taliban official website shows the insurgents frustration at the lack of progress in the talks which the Taliban spokesman Suhail Shaheen earlier described as fruitful in a Twitter post.

“Signs are indicating that the American side wants to waste even more time on the definition of the term ‘reduction of the violence’ while understanding full well that this is the demand of the small number of people in the shaky administration of Kabul who are using it as a means for derailing peace,” the Taliban said in a commentary titled “Peace talks and more excuses…!?”

The Taliban took credit for accepting the US demand for reduction in violence and said “It is unprecedented and perhaps the first time in the history of Islamic Emirate that it has shown flexibility and given preference to softness over harshness in its policy.”

“If this hope is dashed then the Mujahideen will only be left with the stance which they had previously adopted,” said the insurgents that can be a warning to resume their normal operations.

The commentary said the American side came up with a new demand — reduction of violence across Afghanistan – after the resumption of negotiations.

“This demand was also accepted by the Islamic Emirate of Afghanistan and now the ball is in their court; do they really want a solution to the problem at hand or are they pursuing other agendas under the cover of prolonging the issue of peace?”

The Taliban urged he US to understand the profoundness of the Afghan issue and demands of the Afghan people and “refrain from miniscule and additional demands” by focusing on the foundational solution to the matter so that this precious opportunity and time is not wasted which can end in betterment for both America and Afghanistan.

The US side has been tight lipped over the outcome of the negotiations.

American special envoy Zalmay Khalilzad met European and UN officials in Dubai this week and briefed them about the talks. President Donald Trump, who met with Afghan President Ashraf Ghani in Davos on Wednesday, reiterated the need for a “significant and lasting reduction in violence by the Taliban” that he said would facilitate meaningful negotiations on Afghanistan’s future.

Afghan government has rejected the notion of reduction in violence and demands a comprehensive ceasefire before the start of the intra-Afghan dialogue.

Taliban spokesman Shaheen has own point on what is being discussed in Qatar. “There had been no discussion on ceasefire since the beginning but the US had proposed reduction in violence and our stance is to provide a safe atmosphere during the days of the agreement. Talks are going-on to define as how to ensure a proper peaceful environment for signing of the peace agreement,” he told Daily Times.

He said a comprehensive and complete ceasefire would be declared with the foreign forces after the Taliban-US sign the peace agreement and ceasefire with Afghan troops will be discussed during the formal intra-Afghan negotiations following the signing of the peace agreement. “We will also provide a safe passage to the US and other foreign forces following the deal for withdrawal from Afghanistan,” the Taliban spokesman said. “The focus is presently on to create a suitable environment for signing of the peace agreement. Ceasefire cannot be declared unless other problems are resolved,” he said, adding that spoilers are creating the issue of the ceasefire, who want to stop the negotiations.