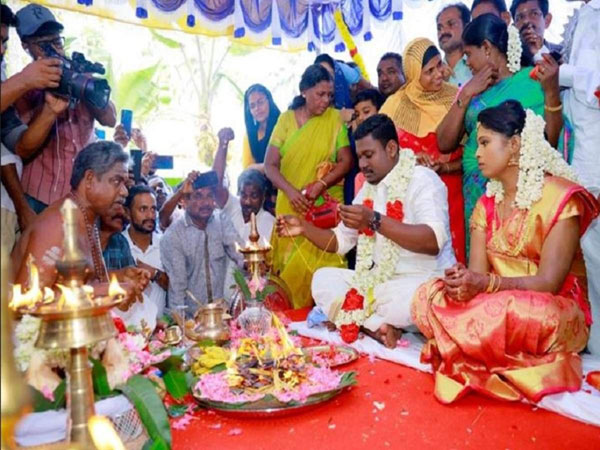 A unique example of unity from Kerala, India, has social media buzzing. The Cheravally Muslim Jamat Mosque in Kerala’s Alappuzha district held a Hindu wedding on its premises. The news was shared by the chief minister of Kerala, Pinarayi Vijayan, on Twitter over the weekend. He congratulated the newly-weds and said that the bride’s mother sought help from the mosque and the jamat stepped up to help in whatever way they could. The couple were also given gold and cash as wedding presents. The Times of India quoted the Cheravally Muslim Jamat Committee’s secretary who said that this was the first time a woman had entered the 100-year-old mosque.