Flour prices decrease by Rs 6 per kg in Sindh, Rs 2 in KP 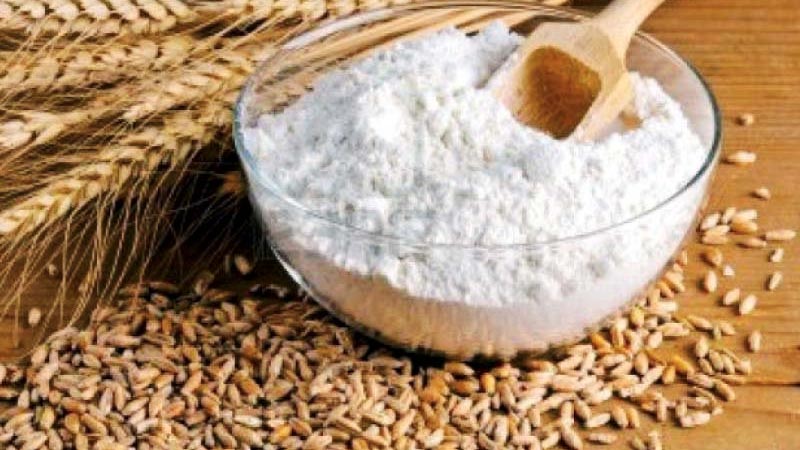 With timely intervention by the government, prices of wheat and wheat flour have started coming down in the local markets all across the country, particularly in Sindh and Khyber Pakhtunkhwa.

“The situation would further improve as the supply had gained momentum and prices of the commodity would further come down to pre-crisis level in next couple of days”, he said.

He said that a helpline had also been established at Prime Minister Office to monitor the demand and supply situation, adding the provincial departments had been asked to submit report on daily basis.

The Food Security Commissioner informed that Economic Coordination Committee of the Cabinet had directed the PASSCO to provide 400,000 tonnes of wheat to Sindh, 450,000 tonnes to Khyber Pakhtunkhwa, 50,000 tonnes to Balochistan from its stocks in order to keep the supply smooth and ensure adequate provision of flour in the markets.

The provinces have already lifted about 400,000 tonnes of wheat out of allocated stocks and there were 700,000 tonnes of more wheat which was available for them, he said adding that inter-provincial movement of grains form Punjab to KP was also relaxed that was helping in smoothing demand and supply situations in the province.

Replaying to a question regarding the government’s decision to import 300,000 tonnes wheat, he said that cutoff date for the import was fixed at March 31 and after the date import would not be allowed.

The imported wheat will be used as buffer stocks, he said adding that during the last season about 1.2 million tonnes wheat output was affected due to rains in harvesting time.

Looking into the climate changes and other factors, he said that government has also decided to increase its procurement targets from 6 million tonnes to 8 million tonnes for keeping the strategic reserves in the country.

Director General of Agricultural department Anjum Butter said on Wednesday federal government allocated 12 billion to subsidize the wheat growers across the country to achieve the annual target of producing one crore 96 tonnes wheat.

Talking to a private news channel, he stated last year one crore 60 lac acre of land produced one crore and 83 tonnes wheat but for the new crop they had harvested one crore and 62 lac acre land, they were aimed to achieve the target of one crore and 96 lac tonnes wheat. The federal government had decided to provide pesticides, fertilizers, seeds and other equipments on reasonable prices to facilitate the farmers, government would also educate the grain harvesters about taking the safe measures while growing crops, he mentioned.

While replying to a question he said that all provincial governments would pay their due share of 40 percent in providing subsidy on all agricultural items.

Ramzan Ahmed a small farmer said government had ordered to sell necessary items on less prices but perhaps wholesalers, traders and dealers were unaware of the government orders and kept annoying them. “Instead of relieving us from tough times these black sheep has burdened us with usury and heavy loan as more than half of our hard earned money straightly go into their pockets,” he further complained.

Another farmer from Punjab Ahmed Gul said, people who worked in fields and did hard work to grow crops but the traders and market dealers dodge the innocent folks by selling things on high prices.