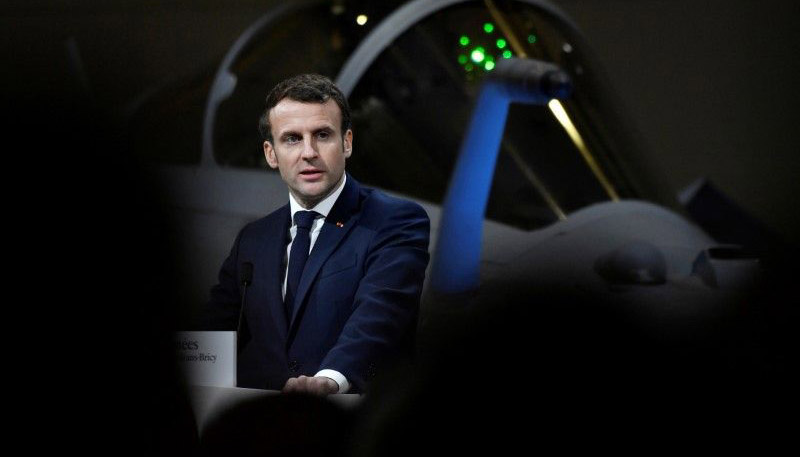 Emmanuel Macron begins a visit to Jerusalem on Wednesday with a symbolic stop at one of France’s territories in the Holy Land aiming to avoid controversies of past presidents, while underscoring Paris’ historical influence in the region.

The two-day visit, which includes political meetings to discuss Iran tensions and the peace process with Israeli Prime Minister Benjamin Netanyahu, head of opposition Benny Gantz and Palestinian Authority President Mahmoud Abbas, culminates in commemorations marking the 75 years since the liberation of the Auschwitz extermination camp.

But for the 42-year-old Macron, it is also an opportunity to follow in the steps of previous French leaders in visiting one of the four sites owned by France since the Ottoman era of the 19th century and which to this day remain in its hands through international treaties.

Arriving through the Old City’s Lion gate in East Jerusalem, Macron will pay a visit to the Church of St. Anne, where the French tricolour has fluttered since the Ottomans gave it to Emperor Napoleon III in 1856 as thanks for his support during the Crimean War.

“Be it schools, hospitals, orphanages, or religious sites like this, we continue to defend French identity,” said a French diplomatic source ahead of the visit. “We are a step away here from Temple Mount and the Wailing Wail, the very heart of the conflict between Israelis and Palestinians, so symbolically we are.”

French diplomats caution that they want to leave little room for mishaps such as those seen in the past. Israeli officials have privately expressed disappointment that the French leader had not visited the country earlier in his presidency.

When former President Jacques Chirac visited Jerusalem’s old town in 1996, he lost patience with the Israeli security agents who were pressing him to move on, telling one of them that his treatment was a “provocation” and threatening to get back on his plane. He refused to enter St. Anne until Israeli security left the site.

French officials did not rule out Macron ambling beyond St. Anne and into the historic Via Dolorosa, the route Christians believe Jesus walked to his crucifixion.

Macron last week played down any real prospect of renewing French efforts to push the peace process, stalled since 2014, saying it was not for him to dictate to either side.

“I am not going to come saying ‘this is a peace plan’ because it would only fail,” he told reporters on Jan. 15. “I’m going to speak to the actors, see what the conditions are. France always has a role to play and I don’t think we’re absent from the debates in the region.”