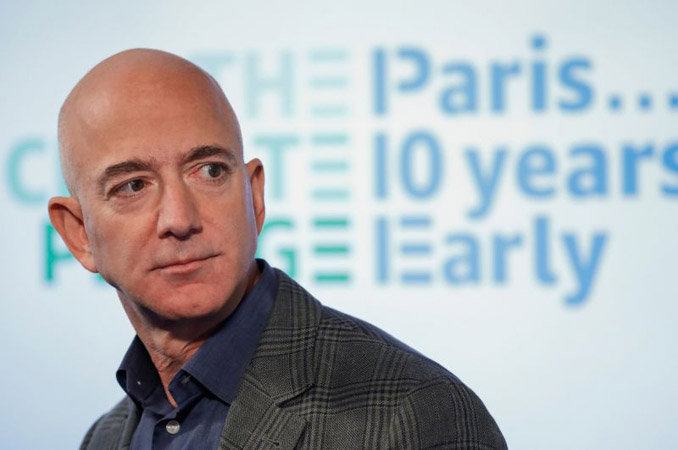 “Recent media reports that suggest the Kingdom is behind a hacking of Mr. Jeff Bezos’ phone are absurd,” the embassy tweeted. “We call for an investigation on these claims so that we can have all the facts out.”

The denial came just hours after The Guardian and The Financial Times published reports that Bezos’ cell phone was hacked on May 1, 2018, after it received a WhatsApp message that appeared to have been sent from the personal account of Saudi Crown Prince Mohammed bin Salman.

Bezos’ phone began covertly sharing large amounts of data after receiving an encrypted video file from a number used by the crown prince, according to a report detailing the results of a digital forensic analysis obtained by both publications. The analysis reportedly found it “highly probable” that the malicious file triggered an infiltration of Bezos’ phone, though it’s unclear what data was taken.

The file was reportedly sent weeks after Bezos and the crown prince exchanged phone numbers at a dinner in Los Angeles during the crown prince’s trip to the United States, according to the Financial Times. Crown Prince Mohammed met several top U.S. executives during his trip, reportedly in hopes of drawing economic investors to Saudi Arabia.

But the relationship between the crown prince and the Washington Post owner grew tense after the gruesome murder of Jamal Khashoggi, a Saudi journalist who frequently wrote in the Post to criticize the kingdom’s leadership. Khashoggi was killed in the Saudi consulate in Istanbul in October 2018 by Saudi agents who worked directly for the crown prince, drawing international condemnation.

Saudi Arabia has repeatedly claimed that Khashoggi’s murder had nothing to do with the crown prince, and in December sentenced five people to death and three to jail after what human rights experts considered a sham trial. U.S. intelligence officials have said they believe the crown prince personally ordered or at least approved of Khashoggi’s killing.

Bezos hired forensic experts to look into his phone after the National Enquirer published a report last year that included intimidate details about his personal life, including his extramarital relationship. American Media Inc., which owned the Enquirer, said it was tipped off about the affair by Bezos’ girlfriend’s estranged brother, but investigators found with “high confidence” that the Saudis accessed Bezos’ phone and collected his private information. courtesy huffpost.