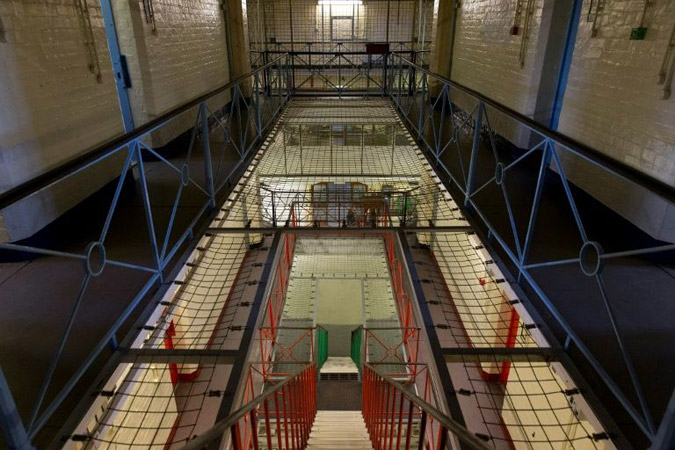 The death toll in British prisons is “a national scandal”, a pressure group said on Wednesday, calling for a reduction in inmate numbers just as the government is promising tougher sentences. Inquest, which probes state related deaths, said in a new report that there were six deaths and nearly two suicides every week inside British jails last year. It called the rate “shocking and unacceptable”, noting many fatalities were found to be preventable, and criticised record levels of distress and self-harm within the system. The charity said Prime Minister Boris Johnson should make “a substantial reduction in the prison population” and invest instead in health and community-based alternatives to jail. Johnson and his Conservative party won a comfortable parliamentary majority at elections in December on a manifesto that included vowing to be tougher on crime. On Tuesday, interior minister Priti Patel and justice minister Robert Buckland unveiled plans to increase sentences for more serious crimes, including terrorism offences. The plans also target the end of the early release of some prisoners. The Tories pledged during the election they would create 10,000 more prison places and spend an extra £100 million ($130 million, 118 million euros) cracking down on crime in jails.