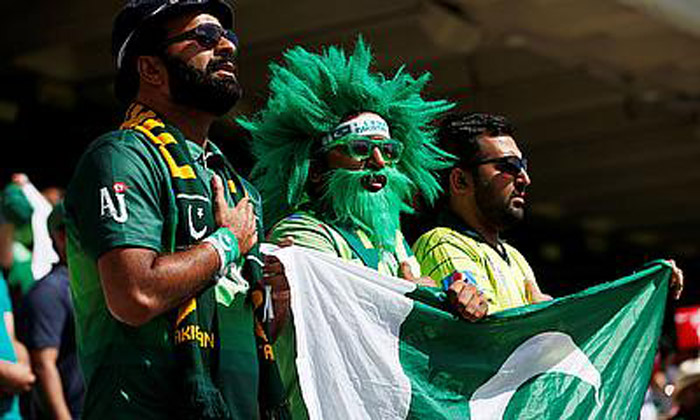 Pakistan defeated Zimbabwe by 38 runs in the ICC Under-19 World Cup at the Witrand Oval, Potchefstroom on Wednesday and ensured their qualification to Super League quarter-finals. In their chase of 295, Zimbabwe were skittled out for 255 in 46.3 overs courtesy a consolidated bowling effort from the Pakistan bowlers. Zimbabwe were off to a good start with openers Wesley Madhevere and Emmanuel Bawa adding 64 runs for the first wicket. The partnership was broken by left-arm-spinner Aamir Ali who accounted for the wicket of Bawa (19).

Madhevere was the second wicket to fall as he was dismissed caught and bowled by Qasim Akram after scoring 53 off 55 balls (six fours, one six). Qasim also took the key wicket of captain Dion Myers (39 off 50 balls, two fours and one six) who was spectacularly caught by Mohammad Irfan Khan, who took a one-handed diving catch. The match was turned on its head by Abbas Afridi in the 39th over of Zimbabwe innings. The right-arm medium-fast first bowled Milton Shumba, who scored 58 off 82, on a slower one and then sent back Tadiwanashe Marumani (16) two balls later to leave Zimbabwe at 208 for five.

Tahir and Abbas took three wickets, while Aamir Ali and Qasim bagged two scalps each. Earlier, Mohammad Haris scored a blistering 81 after Zimbabwe won the toss and opted to bat. Haris came into bat with Pakistan placed at 140 for four after 33 overs. The boys in green added 154 runs in the last 17 overs mainly due to Haris’ brilliance. The right-hander hit seven fours and three towering sixes in his 51-ball knock. Haris added 43 for the fifth-wicket with Qasim Akram (54 off 50 balls, five fours and two sixes), 41 for the sixth-wicket with Muhammad Irfan (15) and 42 for the seventh wicket with Abbas Afridi (10) before falling with 12 balls left in the innings.

Haris took the attack to the bowlers and made the most of the repair job done by Qasim and Fahad Munir (53 off 79 balls, five fours) who added 66 runs for the fourth-wicket to rescue the side from a tentative start which saw them reduced to 74 for three in 21.3 overs. Openers Haider Ali (19), Muhammad Shehzad (27) and captain Rohail Nazir (0) were the first three wickets to fall. Pakistan now play Bangladesh U19 in the last group match on Friday.