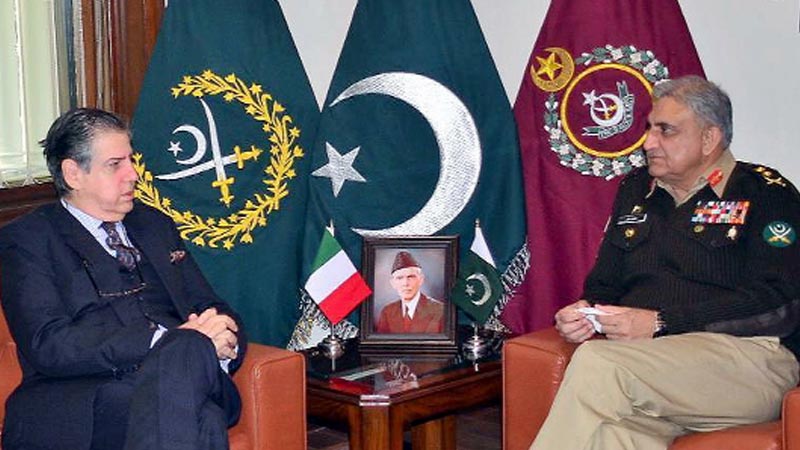 Azad Jammu and Kashmir (AJK) President Sardar Masood Khan on Tuesday called on Chief of Army Staff (COAS) General Qamar Javed Bajwa and discussed with him the prevailing situation on the Line of Control (LoC).

During the meeting, matters of mutual interest, particularly situation on the LoC and Indian Occupied Jammu and Kashmir (IoJK), came under discussion, an Inter-Services Public Relations (ISPR) press release said. The COAS assured the AJK president of the Pakistan Army’s full support and commitment to the Kashmir cause and its people.

The COAS thanked the Ambassador for his services in Pakistan and acknowledged his contributions towards strengthening Pakistan-Italy relations, the ISPR said.

The COAS also congratulated the ambassador on his appointment as Civil Senior Representative of North Atlantic Treaty Organization (NATO) in Afghanistan. The ambassador also pledged to contribute positively towards Afghan peace.

He was the chief guest at the inaugural hockey match played between Pakistan Greens and Pakistan Whites at the newly constructed ground, said the ISPR. The COAS was of the view that it was a good endeavour for reviving the national game.