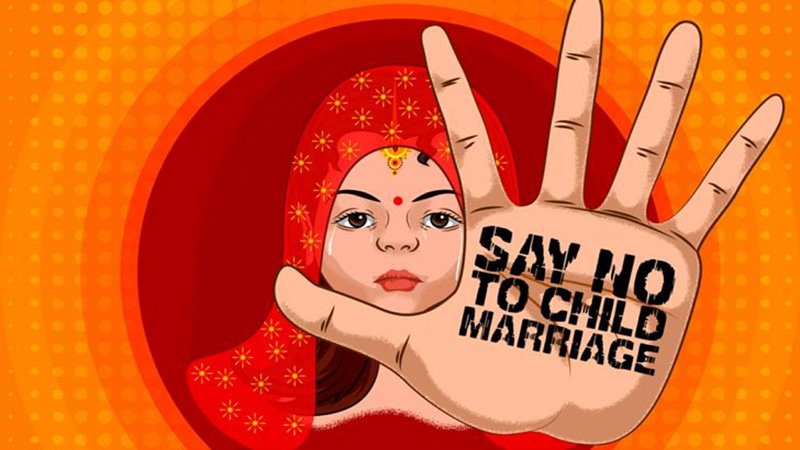 The Pakistan Muslim League Nawaz (PMLN) is likely to table a proposed amendment bill in the existing Child Marriage Restraint Act 2015 in Punjab Assembly today (Wednesday) which will place a ban on marriage of children under 18 years and makes its a violation punishable with rigorous imprisonment of up to two years with a fine of Rs 50,000.

As per proposed, the marriageable age has been harmonized for both male and female genders and in existing law, marriage age for a male is 18 while age for female is 16. In the proposed amendments, both male and female marriageable age will be 18 year while the threshold of punishment has been increased from simple imprisonment to rigorous imprisonment not less than 2 year and fine not less than Rs 50, 000. In the proposed amendment, it will be the responsibility of Nikah registrar to check as well as attach attested copies of CNIC of bride and groom to ensure the age is not less than 18 years. A new section 10 is also included in amendment bill which will give right to annulment to safeguard rights of children and to give them the right to seek their marriage in contravention of this act annulled. Another new section on the right to information has been added in the proposed amendment bill to ensure that children have access to all information regarding rights, laws, remedies and process they need in order to ensure their rights under the law.

Talking to Daily Times, Hina Pervaiz Butt said that Pakistan has committed to eliminate child, early and forced marriage by 2030 in line with target 5.3 of the Sustainable Development Goals (SDGs) and has ratified the Convention on the Rights of Child, 1990 which sets the minimum age of marriage at eighteen. “Pakistan has also ratified other international and regional treaties, for instance, as representative of the South Asia Association for Regional Cooperation (SAARC) Pakistan asserted the Kathmandu Call to Action to end child marriage in Asia,” she said adding that Pakistan ranks sixth in the world in terms of the highest absolute numbers of child marriage where 21 percent of girls are married by the age of 18.

Throwing light on her proposed amendment bill, she said the harmonizing the law and alignment with international obligations of Pakistan as well as those within the constitution of Pakistan. She further said these amendments are also imperative for the health of girls as complications in pregnancy and childbirth are the leading cause of death in girls aged 15-19 globally. This is pertinent to mention here that the said proposed amendments in Child Marriages Restraint bill are result of efforts of Elain Alam who is development practitioner and human rights activists and legal professional Nida Usman Chaudhary.