Kyrgios puts it in perspective as he eases into second round 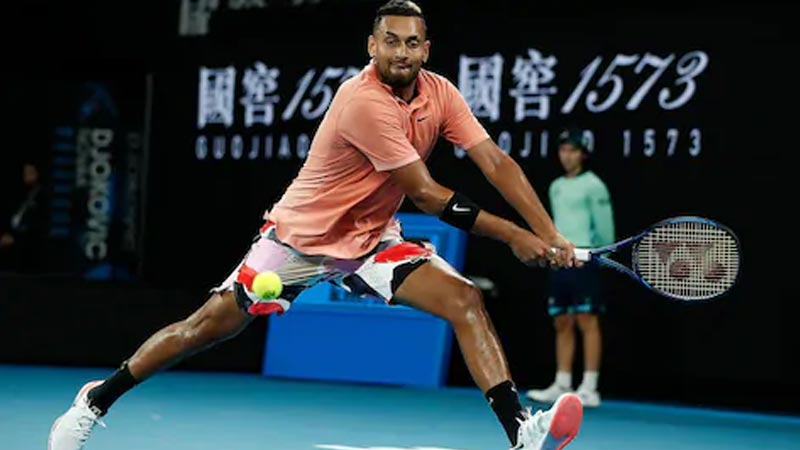 MELBOURNE: Nick Kyrgios, bad boy of the tennis court turned hero of the bushfire relief appeal, put on a vintage show for a packed Melbourne Arena on Tuesday with a 6-2 7-6(3) 7-6(1) victory over Lorenzo Sonego in the first round of the Australian Open. The 24-year-old Australian strode out on court as if headed for the beach in multi-coloured board shorts and a salmon pink polo shirt, promptly complained to the umpire about the colour of the towels and then set about playing tennis his way. There were fizzing serves at both the first and second attempts, drop shots aplenty and three “tweeners” in the space of two points — the first two effective, the third running effort just a little too ambitious. All were greeted with rapt approval by a rowdy partisan crowd at the stadium Kyrgios had requested for his opening match, the only showcourt that is accessible to fans with general ground passes and a willingness to queue. “I’m just playing (for) a lot more than myself,” Kyrgios said. “There’s not necessarily added pressure. I feel like I’m playing for a lot of people. “I guess it’s just a perspective thing, isn’t it? Why am I really getting mad on the tennis court with everything going on?” he added. “I felt like I was very focused today. Every match I’ve played this year, I’ve been pretty good. It’s probably because of everything going on.” It was a few hundred metres over the precinct on the more prestigious Rod Laver Arena that Kyrgios’s request for the millionaires of tennis to do something to help those stricken by the bushfires came to fruition last Wednesday. The greats of the game gathered for an exhibition that kickstarted a fund-raising effort that by the time Kyrgios came off court on Tuesday had raised more than A$5.2 million ($3.6 million).