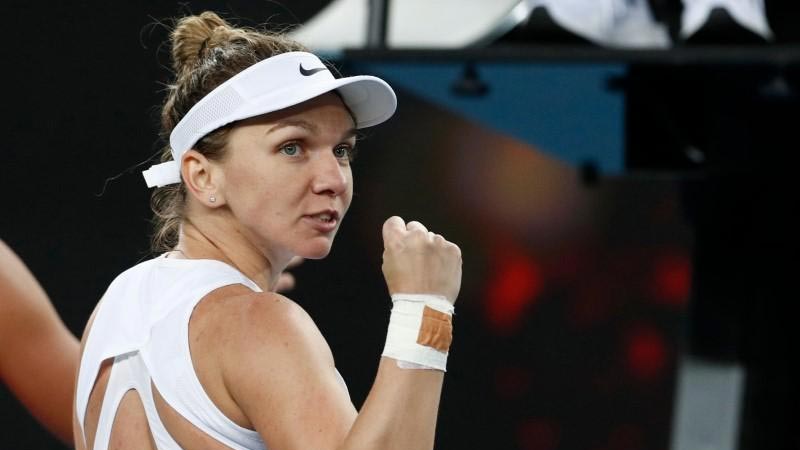 MELBOURNE: Simona Halep overcame a wrist injury scare and a fiery opponent to prevail 7-6(5) 6-1 over big-hitting American Jennifer Brady in a tense first-round encounter at the Australian Open on Tuesday. The Romanian fourth seed required a medical timeout after taking a nasty fall on her wrist late in the first set, but told reporters later that there was nothing to worry about. “A little bit sore, but nothing dangerous at this moment,” Halep said. The fall was reminiscent of Halep’s opening match at the 2018 Open, where she rolled her ankle ahead of a sensational run to that year’s final before losing to eventual champion Caroline Wozniacki. “I don’t know why in the first round always I fall down. Maybe it’s a good sign. Let’s hope for that,” Halep joked. Halep, a two-time Grand Slam champion and former world number one, said the match was a good test of her physical fitness.