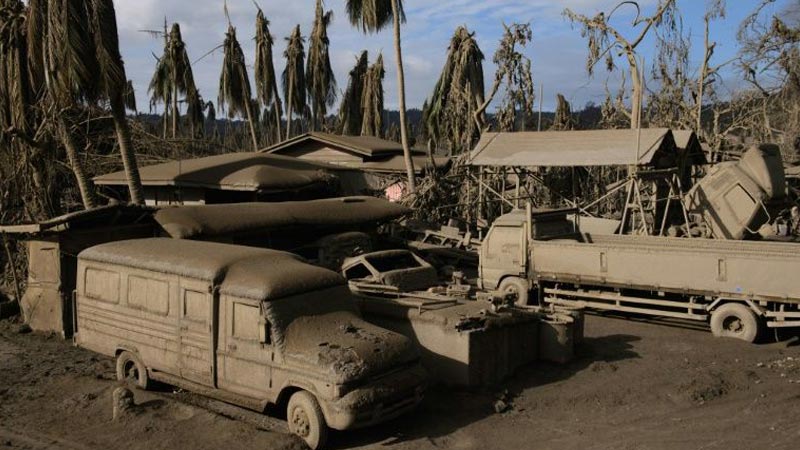 Philippine officials ordered a crackdown Monday on people being allowed daily visits to the homes they fled after Taal volcano erupted, citing threats it could still explode at any time.

Over 110,000 people have taken refuge in evacuation centres since Taal burst to life a week ago, but many hard-hit towns have permitted people in to fetch items, feed livestock and clean up their houses.

“We are directing DRRMCs (civil defence officers)… not to allow anyone to enter the danger zone,” said Epimaco Densing, undersecretary for the Department of Interior.

“It’s dangerous, that’s why we have imposed a lockdown,” he told reporters.

The volcano shot ash 15 kilometres (nine miles) high in the January 12 eruption, which crushed scores of homes and killed livestock as well as crops.

However, seismologists have warned the volcano could imminently unleash a much bigger blast, putting at risk the lives of anyone in the 14-kilometre (nine-mile) radius “danger zone” that surrounds it.

“The threat remains. It has not waned,” Renato Solidum, head of the Philippines’ seismological agency, told reporters.

He said the volcano might be spewing less ash that it was a few days ago, but the magma that would fuel a big eruption is still coursing toward it.

Until experts deem the threat has passed, the evacuees will need the shelters spread across some 400 sites that range from school campuses to covered basketball courts.

Authorities say they have so far been able to provide fundamental services to the evacuees, including a place to sleep, eat and wash.