* While browsing on the Internet to gather information on Ahmad Rahi, I came across a very interesting book review by Shafqat Tanvir Mirza printed in a local English daily 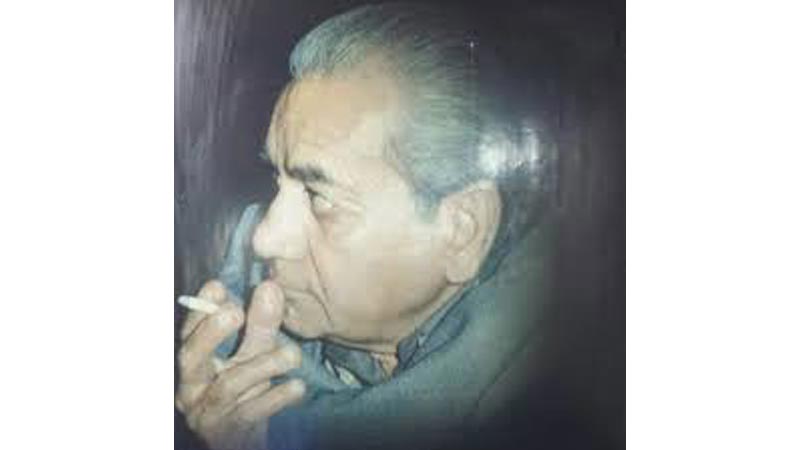 I remember meeting poet and writer Ahmad Rahi sitting on a chair in a shop on Montgomery Road, Lahore many years ago. Probably because that area used to be hub of film line peoples’ offices surrounding Lakshami Chowk. He looked to be simple man clad in modest attire with a cigarette in his fingers. Despite that he had reached height of popularity for his songs in many films, his personality lacked glamour. No private channels existed at that time (except PTV) that would interview him and boast of his glories as is being done nowadays for mediocre showbiz personalities.

While browsing on the Internet to gather information on Ahmad Rahi, I came across a very interesting book review by Shafqat Tanvir Mirza printed in a local English daily. The book was titled ‘Bataan Mulaqataan’ (conversation and meetings) by Ahmad Salim. In this book it was revealed that Krishen Chander was very impressed by Rahi’s first Punjabi poetry book ‘Trinjan’ in which many of the poems were about the women kidnapped, killed and raped during partition.

Rahi also wrote poetry in Urdu. On his collection ‘Rag-e-Jaan’ I wrote a review on August 21, 2005 in which I mentioned that Hameed Akhtar disclosed that in 1951, Rahi was also the editor of Savera where he worked on a meagre salary of Rs 25 per month. This paper used to reflect the aspirations of the Progressive Movement. Initially Zaheer Kashmiri was also affiliated but later Ahmad Raahi alone took all the burden of this responsibility. It was at this juncture of time that Raahi shifted his interest to saying poetry in Punjabi despite that the other thinkers and intellectuals did not give any encouragement to Punjabi writers. When Rahi wrote dialogues and lyrics for Punjabi movies, everybody came to know that it was Punjabi language that was closer to his best language of expression, states Hameed Akhtar. Then recently I came across Ahmad Rahi’s son Salman Ahmad Rahi, a makeup artist and an actor, who disclosed that his father’s second Punjabi book could not be published despite efforts.

Shafqat Tanvir Mirza revealed that Krishen Chander had advised Ahmad Rahi to get hold of Ahmad Nadim Qasmi and Chaudhry Nazeer, Editor of literary magazine ‘Savera’ to start a Punjabi monthly literary magazine. Krishan Chandar, in his letter published in daily Imroze on May 23, 1953 had said; “Pakistan needs a Punjabi literary monthly to which we all here in Bombay are ready to contribute and even ready to donate copyrights of our books for the cause”. Mirza deliberated that unfortunately, this was the period when under deep influence of American policies, Pakistan government had hit hard at the progressive elements. The Progressive Writers’ Association was virtually banned and many of the writers, including Ahmad Nadeem Qasmi, were sent behind bars. The Punjabi cause was also wrongly reported to be associated with an anti-Pakistan lobby. This was the period when every Pakistani language was taken as being a rival of Urdu language. The phenomenon started after Urdu’s confrontation began with Bengali, the language of the majority. Rahi and Nadeem were separated from publisher Chaudhry Nazeer. No doubt, the Progressive writers had also committed some blunders but they did not deserve the treatment they were meted out at the hands of the establishment and their rival group of writers, states Mirza. Frustrated Rahi had said ‘Aidon Vadh Kay Hor Ki Dukh Hosi Teri Akh Aithey Meri Akh Oathey, Tutey Dilan Da Ki Shumar Kariay, Kai Lakh Aithey Kai Lakh Oathey, Keho Jeha Ujarria Ahlna Nein, Koi Kakh Aithey Koi Kakh Oathey’ (There could not be more tragedy than seeing your eye on this side and my eye on that side. Hundreds of thousands remained separated on either side with broken hearts. What sort of nest it was that some wings fell on this side and some one other!).

Ahmad Rahi shifted his attention to film industry. It is known fact that two brilliant poets from Punjab, “sucked” in by film industry, were Sahir Ludhianvi and Ahmad Rahi in India and Pakistan respectively. It is irony that both had served as editors of the prestigious Urdu magazine Savera. In a rare interview given to compere Yasmeen Hameed in Rafiq Ahmad Warraich’s PTV production in early 1990s he selected his Urdu song from 1963 film ‘Baji’ despite that his first love was Punjabi poetry was established, giving the rationale that writing this song was a challenge for him. This song was to be written by Faiz Ahmad Faiz to be developed from the last line ‘Ab Yehan Koi Nahi Koi Nahi Aaeye Ga’ of one of his famous poems. Faiz declined the request from the producer Hafeez Ullah Hasan on health grounds and that he had also to travel to Moscow to receive Lenin Award. He recommended Ahmad Rahi saying that Rahi was his (Faiz’s) disciple and that he would do a good job. Ahmad Rahi did not let down Faiz Saheb and did a good job and this song is appreciated even today after more than five and a half decades of its inception. Ahmad Rahi proved that he could write well in Urdu also despite that he had given respect to Punjabi language by writing quality poetry in his book ‘Trinjan’ published in 1952 as reiterated above followed by a book titled ‘Nimi Nimi Hawa’. He gave lyrics to the painful memories of loot, plunder, bloodshed and atrocities committed by Hindus, Sikhs and Muslim on either sides of the border fuelled by trouble makers at the time of partition of India. Looking at the political front, Ahmad Rahi, who was a full-time member of the Communist Party but in that capacity, he supported the Pakistan Movement. He was an activist in support of Punjabi language and literature all his life.

Rahi also wrote poetry in Urdu. On his collection ‘Rag-e-Jaan’ I wrote a review on August 21, 2005 in which I mentioned that Hameed Akhtar disclosed that in 1951, Rahi was also the editor of Savera where he worked on a meagre salary of Rs 25 per month. This paper used to reflect the aspirations of the Progressive Movement

FILMS – as per Wikipedia his famous film songs are:

Later in 1970, he wrote all the popular hit film songs of Heer Ranjha (1970 film) with music by Khwaja Khurshid Anwar. 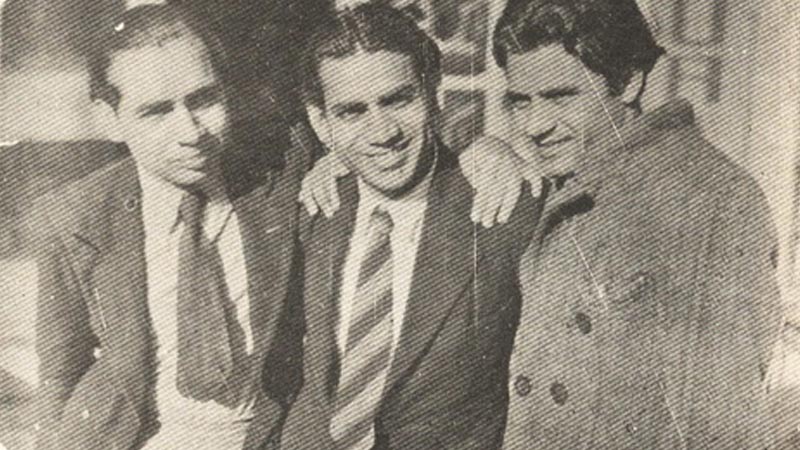 PERSONAL LIFE – Ahmad Rahi was born in Amritsar on November 12, 1923 in British India. He did his matriculation Examination in 1940 in Amritsar. His real name was Ghulam Ahmad, a name given by his spiritual leader Khorsheed Ahmad. After completing his high school, he got admission in M.A.O. College, Lahore where he was expelled due to taking part in political movements. After expulsion, he joined his father in his business of selling embroidered wool shawls in the local market. He died on September 02, 2002. He married Humera, an employee of Nespak at a late stage. He has two children, one boy and one girl.

Rahi was born in Amritsar, British India. His real name was Ghulam Ahmad, a name given by his spiritual leader Khorsheed Ahmad. He completed his basic early education from Amritsar, India in 1940. After completing his high school, he got admission in M.A.O. College, Lahore but was expelled due to taking part in political movements. After expulsion, he joined his father in his business of selling embroidered wool shawls in the local market.