On Tuesday, a Boeing 777 dumped jet fuel on at least 60 people including 20 children just prior to making an emergency landing in Los Angeles.

Delta Flight 89 — a Boeing 777 — had taken off from LAX with more than 140 passengers on board and was en route to Shanghai when it turned around and headed back to the L.A. airport. 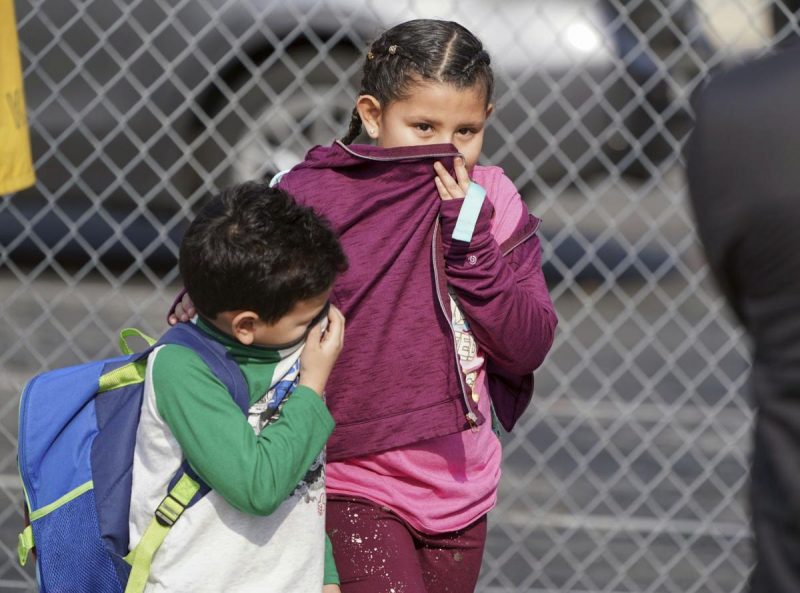 “Shortly after takeoff, Flight 89 from LAX to Shanghai experienced an engine issue requiring the aircraft to return quickly to LAX,” Delta said in a statement released Tuesday night. “The aircraft landed safely after a release of fuel, which was required as part of normal procedure to reach a safe landing weight. Delta is in touch with Los Angeles World Airports and the L.A. County Fire Department as well as community leaders, and shares concerns regarding reports of minor injuries to adults and children at schools in the area.”

Dozens of children and teachers at Park Avenue Elementary School in suburban Cudahy were showered with jet fuel released by the plane as it circled back toward LAX minutes after reporting an engine problem following takeoff.

City officials in Cudahy, located 16 miles east of LAX, voiced outrage over incident, in which at least 44 children and adults were treated for minor injuries.

When turning back with a full fuel load, pilots have three choices, according to John Cox, a safety consultant and former airline pilot: burn the fuel, which can take hours, dump it or land overweight.

In case of a fire, he said, pilots will dump as much fuel as quickly as they can and land. A less dangerous situation tends to lead to using up or dumping fuel.

According to recorded radio communications, air traffic control asked the Delta crew if they wanted to return to LAX immediately or linger over the ocean “to hold and burn fuel.”

“We’re going to go ahead,” the pilot or co-pilot responded. “We’ve got it back under control. … We’re not critical.”

“OK, so you don’t need to hold or dump fuel or anything like that?” the controller asked.

“Ah, negative,” was the response.

But the plane did dump fuel as it headed back.

The children changed from their clothes and wore gowns.
Park Avenue Elementary fifth grader Justin Guiti said the fuel sprayed all over him and got into his eye.
“Drops of water were coming down. I thought it was a rainbow, and I looked up and it was gasoline,” he said.
Miguel Cervantes, a sixth grader, said his skin itched afterward.
“I thought it was smoke, but when it went down, I felt it and it smelled like gas,” he said.
The affected schools had normal schedules Wednesday. All the jet fuel has since evaporated, the fire department said.
“With the monitoring devices that we have, there are no explosive limits that are being detected at all, as well as solid or liquid products remaining,” Los Angeles County Fire Department Battalion Chief Jason Robertson said.