The Lahore High Court will hear a petition over the disqualification of the Federal Minister for Water Resources Faisal Vawda today. 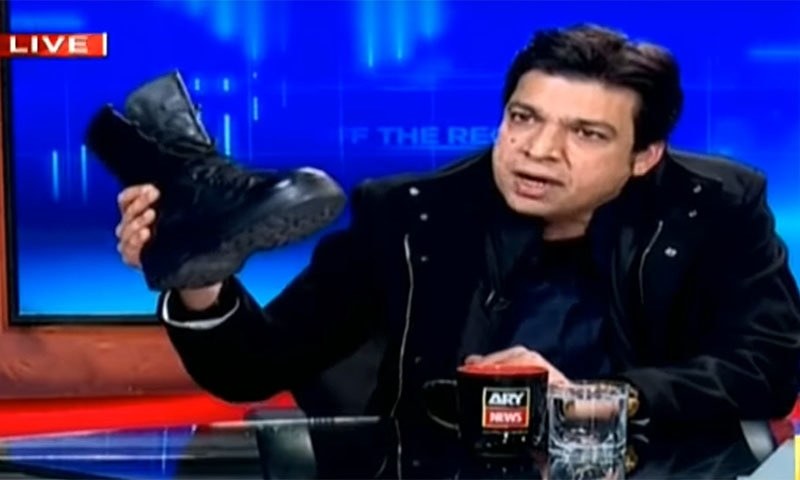 Aman Taraqqi Party Chairman Faiq Shah’s counsel Advocate Mian Asif had lodged a petition to disqualify Faisal Vawda for leveling an accusation against the opposition leader and using a boot to ridicule opposition on national television.

According to the petitioner, Faisal Vawda insulted the national institutions by lifting boot during a talk show.

He added, “The move made by Vawda has defamed the image of prestigious institutions.

Earlier this week, Vawda appeared on a talk show and mocked the opposition party’s slogan “Vote Ko Izzat Do” by saying “Boot Ko Izzat Do”, criticizing the party for deviating from its stance and lending unconditional support for the services chief’s tenure bills. He startled all by placing a black boot on top of a table.

The applicant appealed with the court to disqualify the federal minister and requested the creation of a commission of judicial inquiry over the matter.

The development came a day after Pemra banned ARY News show Off The Record for 60 days for allowing Faisal Vawda to appear on the show with a boot.

“The PML-N gave respect to the boot by lying down. From now on, I’ll bring it on every programme,” he said. Vawda went on to criticise the opposition leaders for supporting the Army Act Amendment Bill.