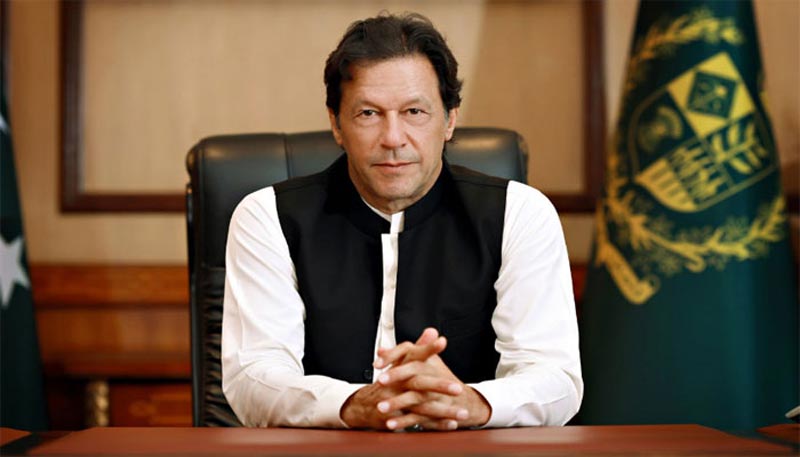 Prime Minister Imran Khan Sunday, while reminding the international community once again about Pakistan’s concerns over an Indian false flag operation, warned that Pakistan would find it increasingly difficult to remain an inactive observer in the face of Indian military attacks, resulting in deaths of civilians on the Line of Control (LoC).

On his Twitter account, the prime minister said, “I want to make clear to India and the international community that if India continues its military attacks killing civilians across LOC, Pakistan will find it increasingly difficult to remain an inactive observer along the LoC.”

The prime minister further urged the United Nations Security Council to pressurise India to allow return of the United Nations Military Observer Group in India and Pakistan (UNMOGIP) on the Line of Control across Indian Occupied Jammu and Kashmir.

“As Indian occupation forces continue to target & kill civilians across the LoC with increasing intensity & frequency, there is an urgent need for UNSC to insist India allow UNMOGIP return to IOJK-side of LoC,” he posted.

Meanwhile, Prime Minister Imran Khan said that Malaysian Prime Minister Mahathir Mohamed, the most experienced and accomplished statesman of the Muslim world, faced exactly the same problems as his government in Pakistan.

In his Twitter message, the prime minister said that, “He (Mahathir) is confronted with an entrenched pol (political) mafia that has bankrupted and indebted Malaysia, leaving state institutions devastated.”

The prime minister also tagged a write up of Malaysian premier Mahathir Mohamed titled “KERAJAAN PAKATAN HARAPAN” in which he recalled the conditions when the Pakatan Harapan coalition had formed the government, the challenges and the achievements his government had made so far.

Strikingly both prime ministers not only shared identical views regarding the local and regional issues, but also they had inherited the burning challenges from their preceding governments ranging from whopping corruption, fragile economy and devalued currency, leading to extreme poverty and internal and external debts.

Amazingly, the basic contentions in Mahathir’s write up about Malaysian economy, governance, security as well as the industry bore astounding similarities to what was inherited by Imran Khan of Pakistan Tehreek-e-Insaf who had also waged a long drawn up battle against corruption and the corrupt elite.

“It took over from a kleptocratic government which had raped the nation for years, destroyed its finances, undermined its administrative agencies, abused its laws, borrowed well beyond the ceiling permitted, placed the country on the path to bankruptcy, made the people dependent on the government with bribes and generally undermined the moral of the people,” the Malaysian prime minister wrote what Imran Khan had been frequently telling his people right from his electioneering campaigns.

In their journeys of reformations, both the leaders faced similar resistance as what Mahathir said a lot of people would like to continue corrupt practices to enjoy corrupt money.

Like Prime Minister Imran Khan, Mahathir also rubbished the notions of his government being directionless, and claimed the credit of reducing the debt burden and bringing stability to the national economy.