Lebanon to release protesters detained after night of riots 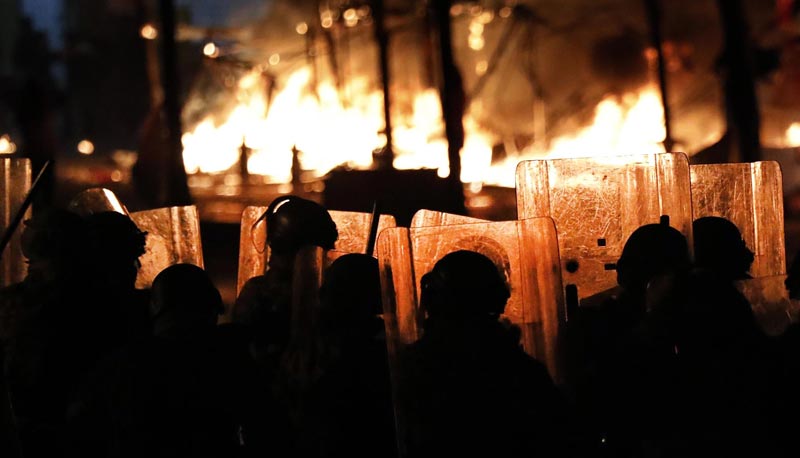 The public prosecutor said those detained during the riots would be released except those with other pending cases. It was not clear how many would remain in detention if any.

The clashes took place amid the backdrop of a rapidly worsening financial crisis and an ongoing impasse over the formation of a new government. The Cabinet headed by Prime Minister Saad Hariri resigned in late October.

Protesters have called for more rallies on Sunday.

Riot police fired volleys of tear gas and rubber bullets on Saturday to disperse thousands of protesters rallied outside the parliament and in downtown Beirut. The protesters, who came from the country’s north, east and the capital itself, lobbed flares at security forces, metal bars, stones and tree branches.

The pitched street battles lasted for nearly nine hours and were among the worst scenes of rioting since protests broke out in mid-October.

At least 377 people were injured in the clashes, including according to the Red Cross and the Lebanese Civil Defense. More than 120 of those were treated in hospitals, including a protester who sustained an eye injury, as well as security force members. The clashes also took place in the courtyard and steps of a mosque downtown. The top Muslim Sunni Fatwa office called it “inappropriate” and said protesters had taken refuge inside the mosque and were taken care of.

Protesters smashed windows and the facade of the headquarters of the country’s Banking Association with metal bars. Security forces set fire to a few tents set up by protesters nearby.

Interior Minister Raya El Hassan said Saturday that security forces were ordered to protect peaceful protests. “But for the protests to turn into a blatant attack on the security forces and public and private properties, this is condemned and totally unacceptable,” she tweeted.

However, Human Rights Watch described the security force response as “brutal” and called for an urgent end to a “culture of impunity” for police abuse.

“There was no justification for the brutal use of force unleashed by Lebanon’s riot police against largely peaceful demonstrators in downtown Beirut,” said Michael Page, deputy Middle East director at HRW. “Riot police showed a blatant disregard for their human rights obligations, instead launching teargas canisters at protesters’ heads, firing rubber bullets in their eyes and attacking people at hospitals and a mosque.”